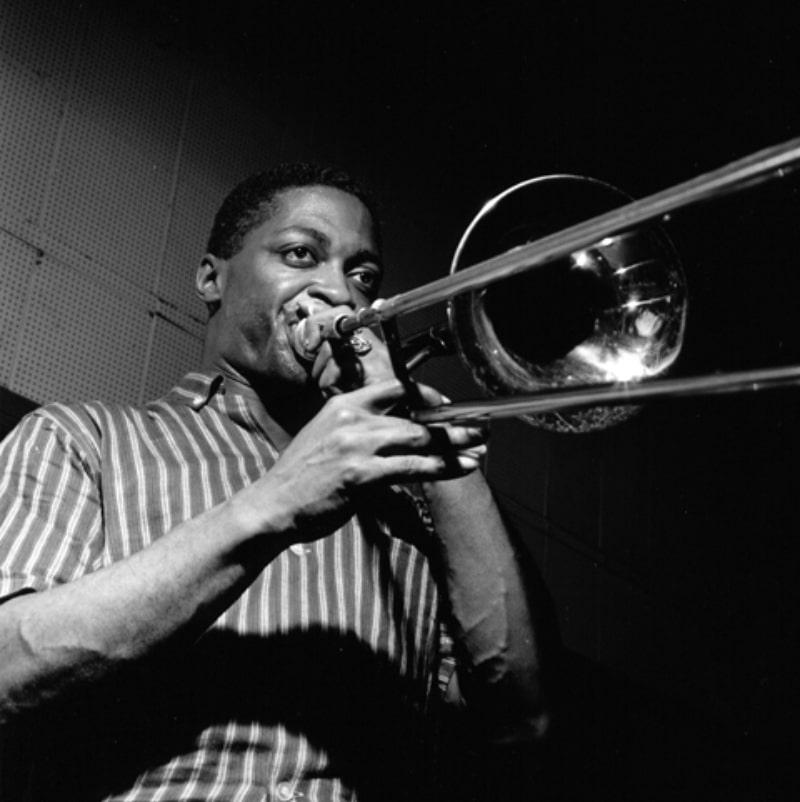 Curtis Fuller was a jazz trombonist known for his fluid sound and his impeccable timing. After growing up in the Detroit Jazz scene he moved to New York City in 1957 where he was an in demand musician. He appeared on several of John Coltrane's albums, including "Blue Train," was a founding member of the Jazztet with Benny Golson and Art Farmer, and was a member of Art Blakey's Jazz Messengers from 1961 to 1965. Fuller made over 20 recordings as a band leader and many as a sideman. In his later years worked as a teacher and jazz clinician at a variety of institutions including Harvard University, Stanford University, the University of Pittsburgh, Duke University and the New England Conservatory of Music.

In the 1970s Curtis Fuller experimented with playing hard bop arrangements in a band featuring electronic instruments. Throughout the 1980s Fuller toured Europe with Timeless All-Stars. In 2007 Curtis Fuller was honored as a NEA Jazz Master .

Curtis Fuller was born in 1932 in Detroit. He was orphaned at age 9 and grew up in a Jesuit orphanage . His interest in jazz was sparked after a nun took him to see Illinois Jacquet perform. Fuller began playing the trombone in high school and his peers included other young Detroit jazz musicians such as Paul Chambers, Donald Byrd and Tommy Flanagan. Curtis joined the Army in 1953 and spent two years playing in the army band with Chambers, Nat and Cannonball Adderly. He returned to Detroit in 1955 and joined Yusef Lateef's quintet. Soon after, the group moved to New York City.