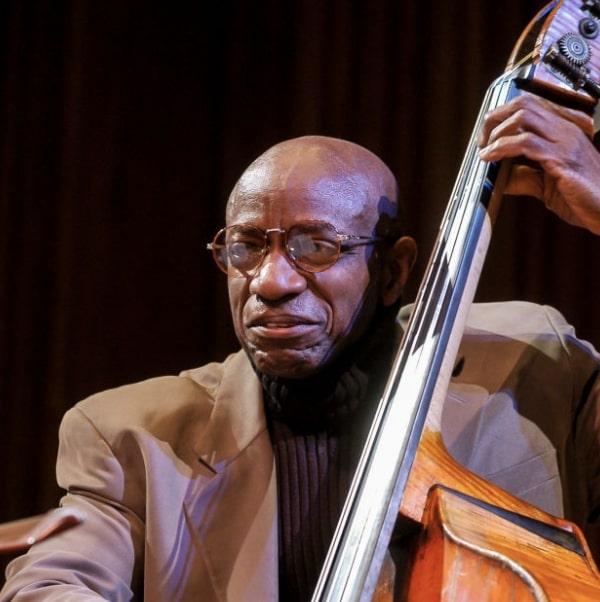 Reggie Workman is widely recognized as one of the most technically gifted jazz and avant-garde bassists in history. He is best known for his work with John Coltrane's Quartet and Art Blakey's Jazz Messengers in the 1960s. However, Workman also performed with many jazz legends including Yusef Lateef, Herbie Mann, Freddie Hubbard, and Thelonius Monk. Throughout the 1980s and 1990s Workman led his own groups and collaborated with various artists, composers and dancers. Currently Workman is a professor at The New School where he has taught and inspired a new generation of artists such as Roy Hargrove, Brad Mehldau and Robert Glasper. In 2020 Reggie Workman was awarded the NEA Jazz Masters Fellowship Award.

In 1970 Reggie Workman co-founded Collective Black Artists to advocate for black jazz musicians. Workman served as the Musical Director of the New Muse Community Museum in Brooklyn, NY. In recognition of Reggie Workman's accomplishments spanning over 40 years, he was named a Living Legend by the African-American Historical and Cultural Museum.

Reggie Workman was born and raised in Philadelphia. He was the of 11th of 13 children and grew up helping in his father's restaurant. Workman played the piano, tuba and bass but began to focus on the bass in the mid-1950s. He was active in the Philadelphia jazz scene playing in the city's dance bands and with other rising stars such as Lee Morgan. His career was nearly derailed in 1955 when a gunman shot Workman in his right arm. Luckily he recovered and went on to play in groups led by Gigi Gryce, Donald Byrd, Duke Jordan and Booker Little before joining John Coltrane in 1961.