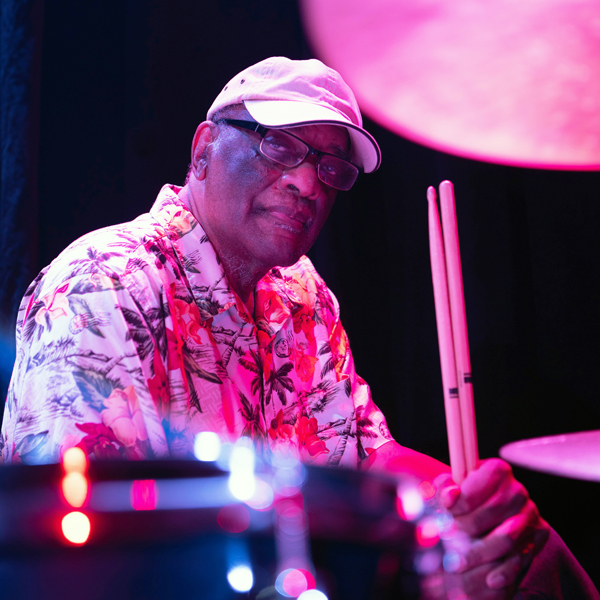 Joe Chambers is best known as a post-bob drummer but he is also a respected composer, pianist and vibraphonist. Noted for being a generous collaborator, he played on many of the progressive albums of the 1960s, including those by Freddie Hubbard, Bobby Hutcherson, Joe Henderson and Wayne Shorter. In the 1970s Chambers joined Max Roach's percussion ensemble, M’Boom. He has also released 13 albums as leader, including one as recently as 2021. In addition to being a performer, Joe Chambers has served as an educator for The New School and the University of North Carolina Wilmington.

In the late 1960s Chambers was offered a leader date for the Vortex/Atlantic label, but turned it down because he was excited by the work he was doing with other artists. Joe Chambers began playing the Vibraphone in 1970 when he joined Max Roach's ensemble M'Boom. The Joe Chambers song "Mind Rain" was sampled in the Nas' hit "N.Y. State of Mind."

Joe Chambers was born in 1942 and was raised in Pennsylvania. Growing up he always had an interest in composing, even while learning the drums. After high school he attended the Philadelphia Conservatory and American University in Washington, D.C. In his late teens he began playing around the D.C. area where he caught the attention of trumpeter Freddie Hubbard who encouraged Chambers to move to New York. Chambers moved to New York in 1963 where he quickly found work.