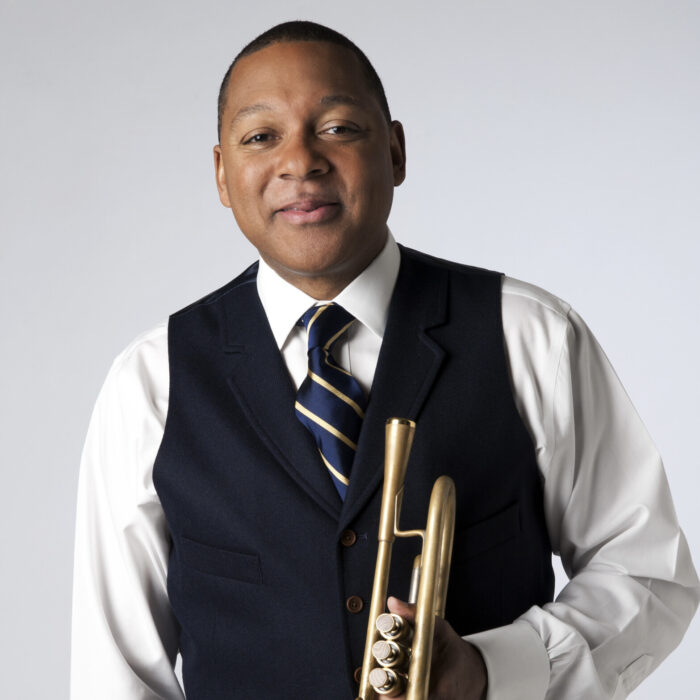 Wynton Marsalis is an internationally acclaimed trumpeter, composer, bandleader and the artistic director of Jazz at Lincoln Center. Marsalis began his career as one of the "Young Lions" playing Neo-bop jazz in the 1980s with his influential quintet. He went on to record dozens of award winning albums in both the jazz and classical genres. In 1997 Marsalis won the Pulitzer Prize for Music for his composition "Blood on the Fields." In addition to his recording career, Marsalis has hosted public television and radio shows, served as a CBS New cultural correspondent and written six books. Marsalis has been instrumental in the growth and development of the Jazz at Lincoln Center program from a summer jazz series to the internationally recognized institution that it is today.

At the age of 22 Wynton Marsalis became the only musician to win Grammy Awards in jazz and classical music during the same year; he repeated the feat for a second time in 1984. Following hurricane Katrina, Marsalis organized the Higher Ground Hurricane Relief Concert which raised over $3 million for musicians and cultural organizations. Wynton Marsalis has been recognized with awards from the United States, France, Spain, the Netherlands, Britain and the UN.

Wynton Marsalis was born in New Orleans in 1961. The son of pianist Ellis Marsalis, younger brother to saxophonist Branford Marsalis and older brother to jazz musicians Delfeayo and Jason, it is no surprise that Wynton showed an early aptitude for music. He received his first trumpet at age 6 and began classical training at the age of 12. While still a young teen Marsalis performed with the New Orleans Philharmonic as well as local marching bands and funk groups. In 1979 he moved to New York City to attend Juilliard. In 1980 Marsalis joined Art Blakey's Jazz Messengers and remained with the group for 2 years.