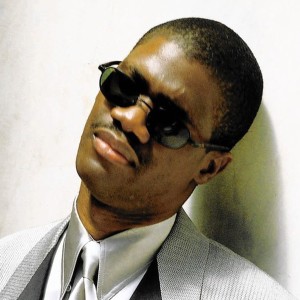 Marcus Roberts is a pianist, bandleader, composer and teacher. Roberts is known for his focus on traditional jazz and first made a name for himself as the pianist for Wynton Marsalis' band. Roberts went on to record in a wide variety of formats including solo piano, duets, and trio arrangements of jazz standards as well as original suites of music for trio, large ensembles, and symphony orchestra. He leads the Marcus Roberts Trio, a long-term musical partnership with Jason Marsalis and Rodney Jordan. In addition to performing, the three musicians also founded the Modern Jazz Generation, a large group consisting of musicians in their early 20s through 50s intended to facilitate mentoring among musicians.

In 2014, the television show, 60 Minutes, profiled Marcus Roberts in a segment entitled “The Virtuoso.” Marcus Roberts serves as an Associate Artistic Director of the Savannah Music Festival. Marcus Roberts has received honorary doctorates from The Juilliard School and Brigham Young University.

Marthaniel "Marcus' Roberts was born in Florida in 1963. He grew up in the church, where his mother was a gospel singer. At age 5 Roberts lost his sight to glaucoma. He began teaching himself the piano shortly after he losing his sight, but didn't have any formal instruction until age 12. He learned quickly and went on to study classical piano at Florida State University. After winning several piano competitions Roberts joined Wynton Marsalis' band in 1985.