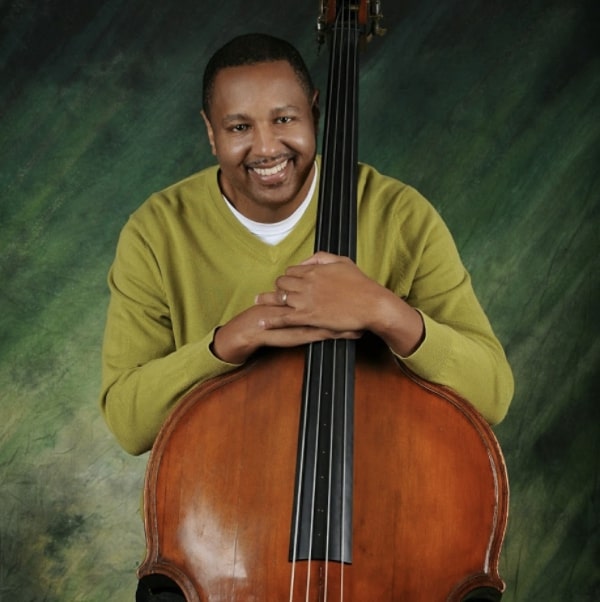 Robert Hurst is a Grammy-winning bassist, composer, bandleader and educator. He is best known for his work with Wynton and Brandford Marsalis as well as the time he spent with the Tonight Show Band. Additionally, he has released 7 albums as leader and recorded or toured with artists such as Diana Krall, Geri Allen and Yo-Yo Ma. Hurst scored the movies "Brown Sugar" and "The Wood" and his music can be heard on many soundtracks. In 2004 Hurst joined the faculty at the University of Michigan. He continues to perform and record regularly.

Robert Hurst can be heard playing in all three Ocean's 11 movies. Robert Hurst was an original member of the Blue Note group Out of the Blue which was formed in 1984 to feature the label's young artists. Hurst earned 4 Emmy awards for his work with The Tonight Show.

Robert Hurst was born and raised in Detroit, Michigan. His parents were fans of jazz and took Robert to see the Modern Jazz Quartet when he was 7 years old. At that show he met Percy Heath who would inspire Hurst to take up the bass. While in high school Hurst met trumpeter Marcus Belgrade at a music clinic. Belgrade took him under his wing and hired him, at 15 years old, to play with his band. At a gig in Pittsburgh Hurst would meet Jeff "Tain" Watts who would introduce Hurst to Wynton Marsalis. Later, after completing his degree at the University of Indiana, Hurst joined Marsalis' band.