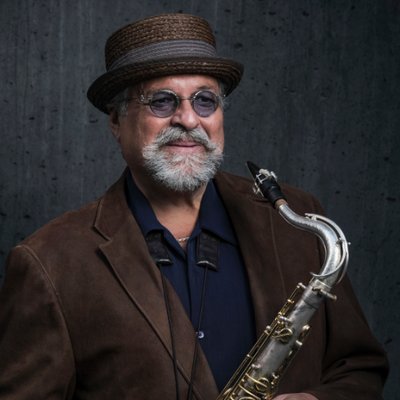 Joe Lovano is a Grammy-winning saxophonist, composer and bandleader particularly known for his skills as an improviser. Lovano has collaborated with many legendary musicians including Hank Jones, John, Scofield, Bill Frisell, and Paul Motian. He has released 30 albums as leader, some containing original material and others that interpret the work of artists who have influenced him, such as Frank Sinatra and Charlie Parker. Joe Lovano holds the Gary Burton Chair in Jazz Performance at Berklee College and received an honorary doctorate from the school in 1998.

Joe Lovano was born in Cleveland, Ohio in 1952. His father was the respected tenor saxophonist Tony "Big T" Lovano and he began teaching his son to play at age 5. Lovano started playing on the alto saxophone and then switched to the tenor a few years later. By the time he was 16 he was a member of the local musician's union and gigging regularly around Cleveland. Lovano attended the Berklee College of Music and after graduation found work with organist Lonnie Smith and then toured with Woody Herman for 3 years. He settled in New York in 1980 and joined Mel Lewis' Village Vanguard Orchestra.