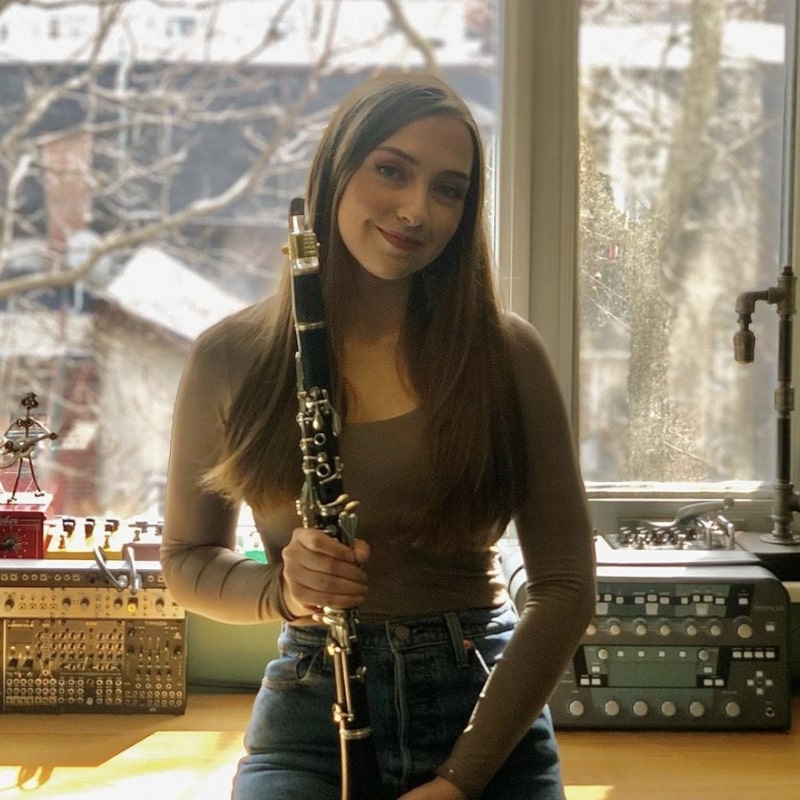 Virginia MacDonald is a young, Toronto-based clarinetist, composer and educator. She performs regularly in the Toronto area as both a bandleader and a sidewoman. She appears on two of saxophonist Kirk MacDonald's albums and has toured internationally with his band. Additionally, Virginia MacDonald is a sought after educator and has given master classes at McGill University, the Global Music Institute, and the True School of Music. She is currently working on her debut album and hopes to release it in 2021.

Virginia MacDonald grew up in Toronto, Canada. The daughter of award-winning tenor saxophonist Kirk MacDonald, music was part of her life from an early age. She began playing the recorder at age 6 and switched to the clarinet once her fingers were big enough to cover the holes, around age 7. She attended the Community Music School at Humber College and studied the clarinet seriously throughout high school participating in Youth Jazz Canada summer workshops and The National Youth Combo. MacDonald graduated from Humber College in 2019 with a degree in music.