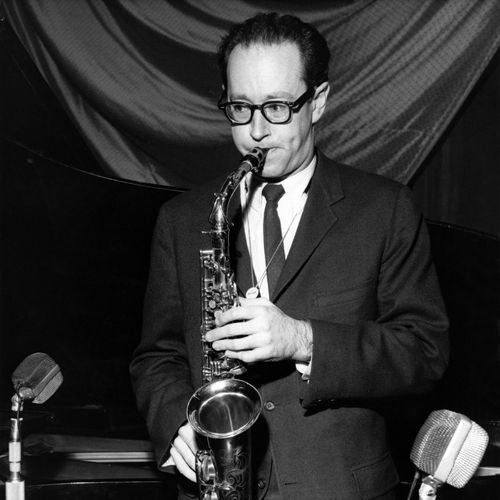 Paul Desmond was an alto saxophonist and composer, particularly known for his work with the Dave Brubeck Quartet. Desmond was a member of Brubeck's quartet from 1951 until the group broke up in 1967. One of the best-known saxophonists from the West Coast's cool school of jazz, the lightness of Desmond's playing contrasted with Brubeck's more assertive piano work, resulting in unique and innovative recordings. Although not a prolific composer, Desmond wrote the song "Take Five" the quartet's most successful tune. Paul Desmond also released several albums as leader and collaborated with artists such as Gerry Mulligan, Chet Baker and Jim Hall. Desmond died from lung cancer in 1977 at the age of 52.

There are many stories as to how Desmond chose his last name, some say he pulled it from a telephone book and others say he was influenced by singer Johnny Desmond. Desmond's song "Take Five" was inspired by the sounds of a dollar slot machine in Reno. In his solos Desmond included quotations from musicals, classical pieces, and folk songs.

Paul Desmond was born Paul Emil Breitenfeld in San Francisco in 1924. His father was a pianist, organist and composer who played for silent movies and vaudeville acts. Growing up Desmond played the clarinet and didn't switch to the alto saxophone until his first year of college at San Francisco State. He was drafted into the Army in 1944 where he played in the Army band and met Dave Brubeck. After his discharge, Desmond began working as a musician around San Francisco, occasionally playing with Dave Brubeck, until formally joining his quartet in 1951.