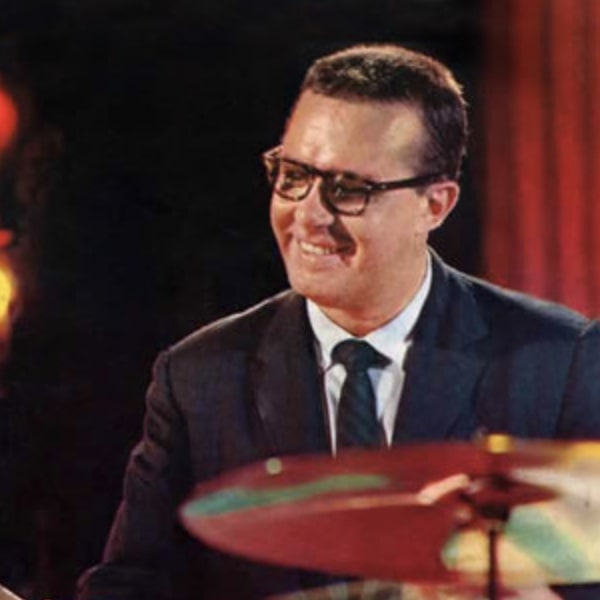 Joe Morello was a jazz drummer who is best known for his work with the Dave Brubeck Quartet. Morello moved to New York as a young man and first caught the attention of the jazz community while working with Marian McPartland at the Hickory House. He was initially hired for a 2 month tour with Dave Brubeck in 1955 but ended up staying with the group for nearly 12 years. During that time he performed one of the best known drum solos in jazz history on the tune "Take Five." After the quartet broke up, Morello's failing eye sight led him to focus on teaching and he wrote several drum method books. He did continue to play and record occasionally with his own group and in reunions with Dave Brubeck. Morello died in 2011 at the age of 82.

Morello was initially reluctant to join Brubeck's group because he didn't want to be "in the background somewhere" so Brubeck agreed to feature him. Joe Morello won DownBeat's best drummer poll 5 years in a row. Morello's past students include notable drummers Danny Gottlieb and Max Weinberg.

Joe Morello was born in Springfield, Massachusetts in 1928. He was visually impaired from birth and unable to participate in most outdoor activities. He began playing the violin at age 6 and three years later, at the age of 9, was a featured soloist with the Boston Symphony Orchestra. He seemed destined to become a virtuoso violinist until he met European prodigy Jascha Heifetz at age 15 and declared he could never sound like Heifetz and was therefore taking up the drums. A few years later he was working as a drummer around Springfield. At age 19, encouraged by his drum teacher, Morello moved to New York where there were more opportunities.