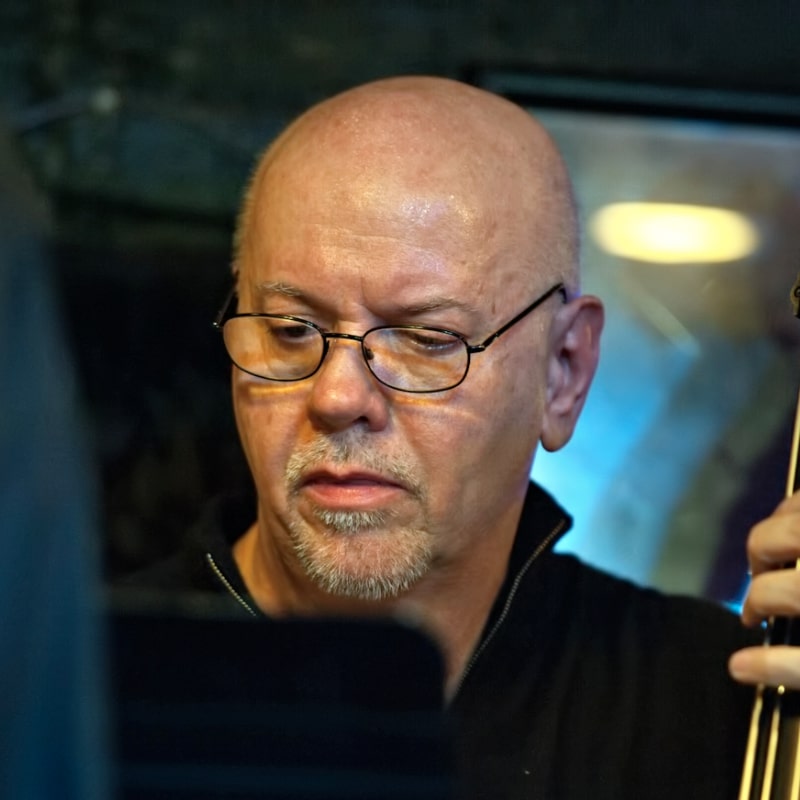 Jay Anderson is a versatile bassist and composer based in New York City. He is a sought after side man and has appeared on over 400 recordings. Anderson performs with jazz artists such as Michael Brecker, Maria Schneider, Toots Thielemans, and Vic Juris but also works regularly with non-jazz performers including David Bowie, Frank Zappa and Tom Waits. Currently Anderson co-leads the jazz group BANN which includes Seamus Blake, Oz Noy and Adam Nussbaum. Anderson is also a professor of Jazz Bass Studies at the Manhattan School of Music where he has been on faculty since 1999.

Twelve of the recordings Jay Anderson is featured on have been nominated for Grammy Awards. Jay Anderson was hired to work with Frank Zappa the day before his move to New York; he had to borrow a friend's bass because his was already in New York. Jay Anderson won an NEA grant for composition.

Jay Anderson was born in 1955 in Southern California. He began playing the acoustic bass at age 12. Throughout junior high and high school he played both jazz and classical music winning many awards and accolades. Anderson attended California State University at Long Beach where he earned a degree in Music Performance. Two weeks after graduating he was hired by the Woody Herman Orchestra. A year later, jazz singer Carmen McRae contacted him and Anderson performed with the singer for the next 2 years. In 1982 Anderson moved to New York where he soon became a sought after side man.

Acoustic Bass solo - Don't Get Around Much Anymore - 2018