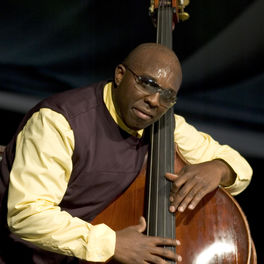 Charnett Moffett is a versatile bassist who plays in the post-bop, fusion and contemporary jazz styles. A child prodigy, Moffett was hired into Wynton Marsalis' quintet at the age of 16 and appeared on seventeen records before he was 20. To date, he has appeared on over 200 records and has worked with major artists including Ornette Coleman, Stanley Jordan, Kenny Garrett, Herbie Hancock and David Sanborn. Moffett recorded his first album as leader in 1987 and has had a successful career releasing 17 albums under his name.

Charnett Moffett was born into a musical family in 1967. His father was jazz drummer Charles Moffett and his siblings include drummer Codaryl, singer Charisse, trumpeter Mondre, and tenor saxophonist Charles Jr. Moffett began playing the bass early and made his recording debut at age 8 with the Moffett family band. He later toured Japan with the group. Moffett attended a performing arts high school in New York and went on to study at the Mannes College of Music and the Juilliard School of Music. In 1983, while at Juilliard and only 16 years old he joined Wynton Marsalis' quintet toured and recorded with the group for the next several years.