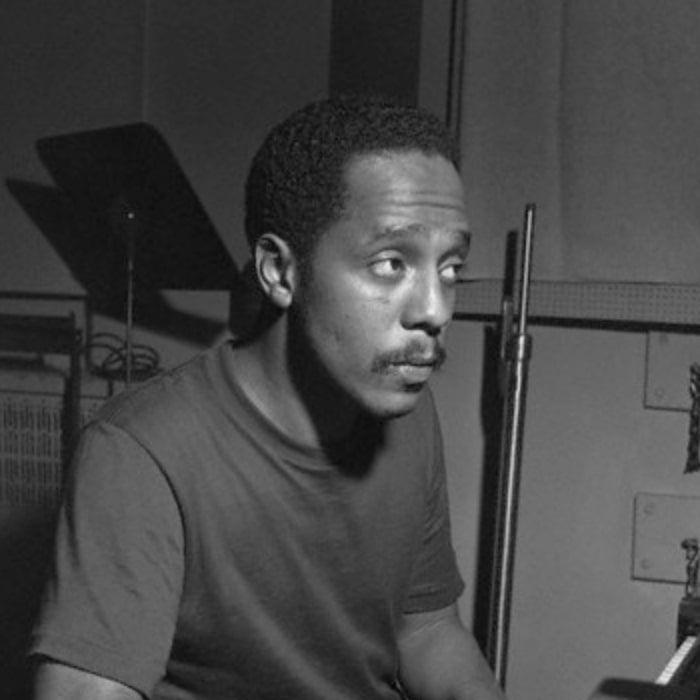 Bud Powell is widely considered to be one of the most influential jazz pianists of all time. His style, which eliminated the left hand stride and replaced it with chords while the right hand played single note lines, became the approach for jazz pianists for years to come. Powell played with many legendary jazz artists including Dexter Gordon, Sonny Stitt, Kenny Clarke, and Max Roach. He also led his own sessions and composed major works such as “Dance of the Infidels,” “Hallucinations” (also known as “Budo”) and “Un Poco Loco.” Sadly, Bud Powell's life was troubled. He was beaten by police in 1945 and suffered from headaches and mental breakdowns, including several requiring hospitalization, for the remainder of his life. Bud Powell died in 1966 at the age of 41 from tuberculosis, malnutrition, and alcoholism.

Bud Powell is said to be the basis for Dexter Gordon's character in the 1986 movie "Round Midnight." Bud Powell spent 5 years living in Europe. Pianist Bill Evans described Bud Powell as his single greatest influence.

Bud Powell was born in Harlem, New York into a musical family. His father was a pianist and his older brother played trumpet and violin. Powell grew up playing the piano, both classical and jazz, and practiced constantly. By age 15 he was playing piano in his brother's band. Powell met and was mentored by Thelonious Monk as a young man. He played in several local dance bands before joining Cootie Williams' band in 1943 which he remained a member of until 1945.