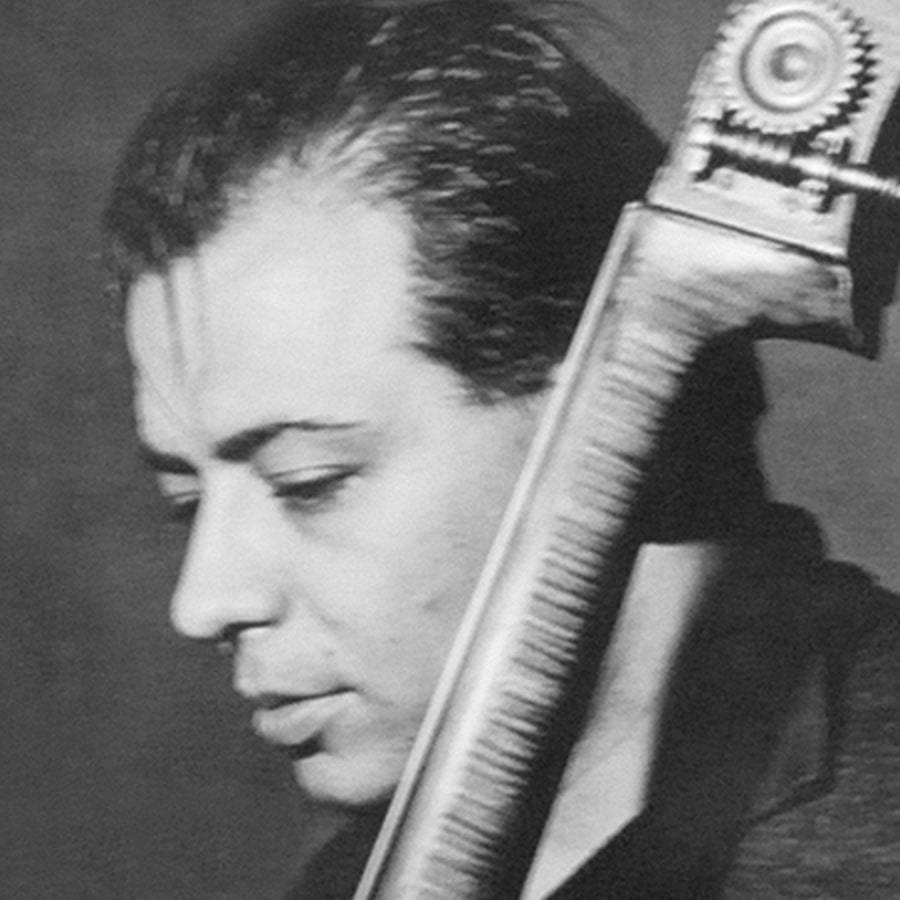 Pierre Michelot was a jazz bassist and arranger who was widely considered to be the top European bassist of his generation. He worked with jazz legends including Lester Young, Dizzy Gillespie, Bud Powell, Miles Davis and Dexter Gordon. Throughout the 1950s Michelot was a regular fixture in Parisian jazz clubs. He was a member of the Jacques Loussier Trio and the group HUM, which he formed with pianist René Urtreger and drummer Daniel Humair. In 1963 Michelot was awarded the Academie du Jazz's Prix Django Reinhardt in honor of his contributions to French jazz. In his later years, Michelot was diagnosed with Alzheimer’s disease and died in 2005 at the age of 77.

Pierre Michelot was born in a suburb of Paris in 1928. As a child he studied piano and switched to the classical bass at age 16. He began playing for troops stationed in Paris following WWII and soon caught the attention of American jazz musicians playing in Europe. By the time he was in his twenties he had performed with Rex Steward, Kenny Clark and Coleman Hawkins.