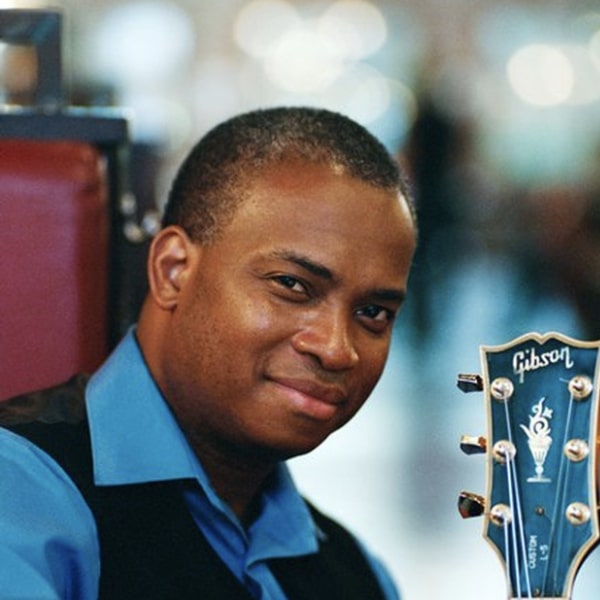 Russell Malone is a talented jazz guitarist known for mixing blues, gospel and R&B elements into straight ahead jazz. Malone joined Jimmy Smith's band in 1988 and soon after became a member of Harry Connick Jr.'s group. He later spent 4 years with Diana Krall, touring and recording. Russell Malone has also worked with Ron Carter, Roy Hargrove, Dianne Reeves, Brandford Marsalis, Benny Green and Sonny Rollins. In addition to his work as a sideman, Malone has recorded over 10 albums as leader.

Russell Malone was born in Albany, Georgia in 1963. He began playing on a toy guitar at age 4 and by age 6 was playing guitar for his church. Malone was largely self taught and after seeing George Benson perform with Benny Goodman on television at age 12 he dedicated himself to learning jazz. After high school Malone moved to Houston for an extended gig with organist Al Rylander and then to Atlanta in 1985. In Atlanta Malone was working as a sideman and leading groups at local clubs when he met Branford Marsalis and John Hicks who encouraged him to move to New York.