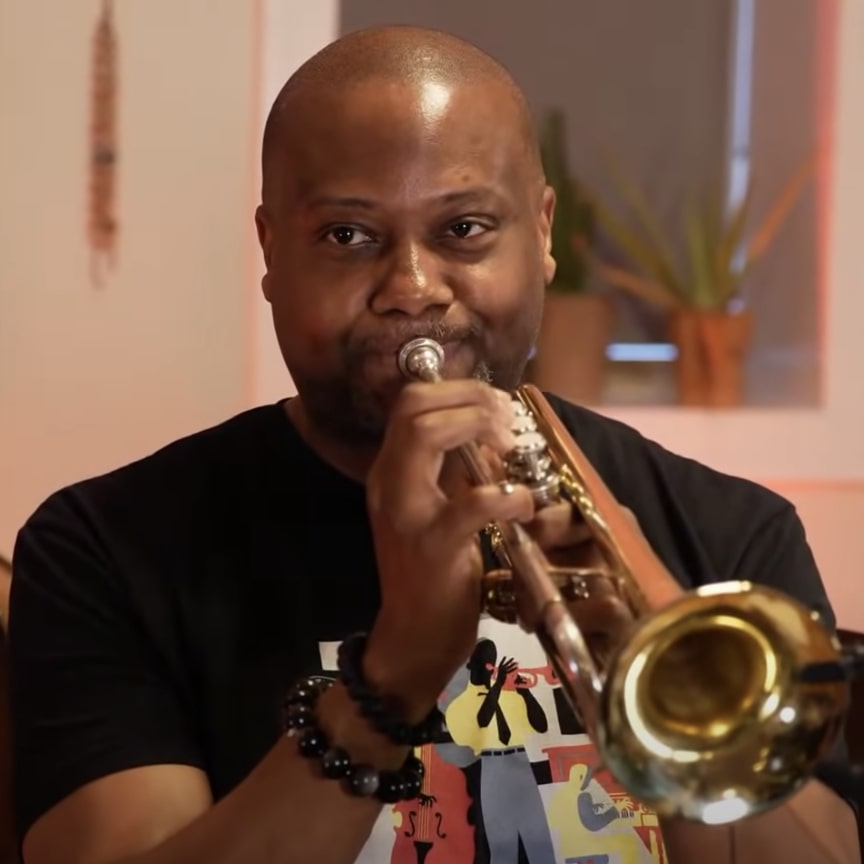 Sean Jones is a talented jazz trumpeter, composer and educator. After beginning his career with the Lincoln Center Jazz Orchestra, Jones became an in-demand side man, performing with artists including Joe Lovano, Gerald Wilson, and Marcus Miller. Jones has also released 8 albums as leader. Jazz education is an equally important pat of Jones' career. He currently serves as president of the Jazz Education Network, holds the Richard and Elizabeth Case Chair in Jazz Studies at The John Hopkins University’s Peabody Institute and is artistic director for the NYO JAZZ Program of Carnegie Hall. Jones previously was on faculty at Duquesne University and served as the head of the Brass Department at Berklee College of Music.

Sean Jones was selected by Marcus Miller, Herbie Hancock, and Wayne Shorter for their Tribute to Miles tour in 2011. Sean Jones won JazzTimes Magazine Reader's Poll Best New Artist category in 2007. Sean Jones is one of 3 composers working on the "It Must Be Now!" project, a large-scale work for MIT musicians on the overall theme of racial justice.

Sean Jones was born and raised in Warren, Ohio. He grew up the youngest of 7 children. As a child he sang in his church choir and played the drums. He switched to playing the trumpet after hearing Miles Davis at age 10. Jones studied classical and jazz trumpet at Youngstown State University in Ohio and went on to earn a Master's Degree from Rutgers University. Shortly after completing his degree in 2004 Jones was hired by Wynton Marsalis to play with the Lincoln Center Jazz Orchestra where he soon was promoted to lead trumpet and remained until 2010.