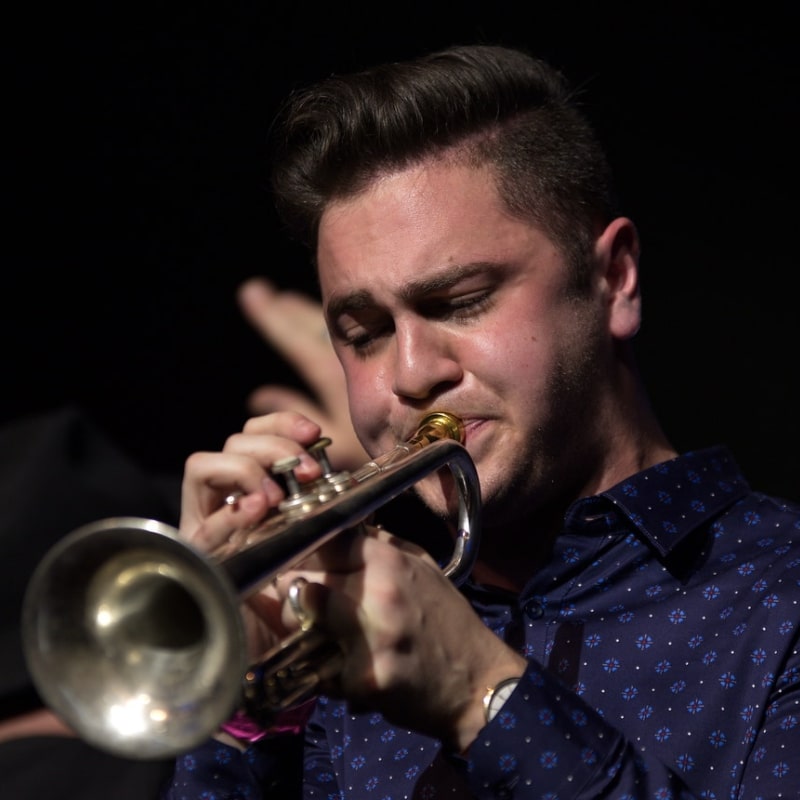 James Sarno is an up and coming Australian jazz trumpeter. He moved to New York in 2020 to study at the Juilliard School and has already performed with musicians such as Emmet Cohen, Joe Farnsworth, and Cyrille Aimee, in addition to performing with the Juilliard Jazz Orchestra. Sarno released his first album, "Reflections" in 2020.

James Sarno was awarded the Vice Chancellor's Global Mobility Scholarship by the University of Sydney in 2018. James Sarno was the only trumpet player accepted by Juilliard for the 2020 academic year.

James Sarno grew up in Australia. He studied music at the Sydney Conservatorium of Music and while a student played with well known Sydney based musicians and frequently performed at jazz festivals. In 2020 he moved to New York to purse a master's degree in Jazz Studies at the Juilliard School.