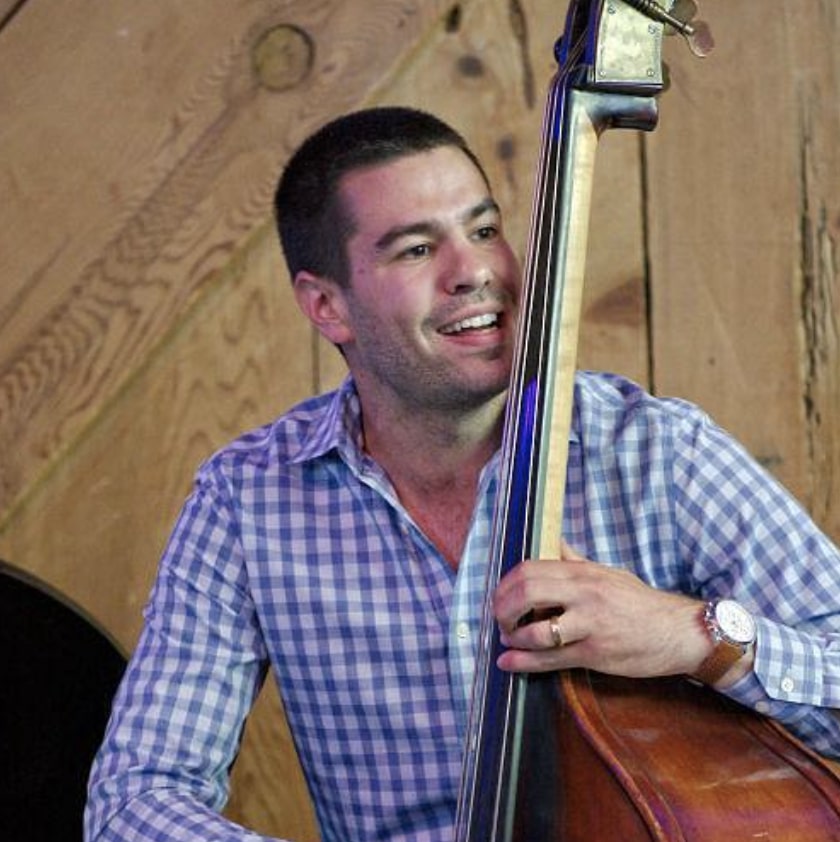 Raviv Markovitz is a New York based acoustic and electric bassist. He won 3rd place in the 2011 International Society of Bassists Jazz Bass Competition and was selected as a semifinalist in the 2009 Thelonious Monk International Jazz Bass Competition. Markovitz has performed with a variety of artists including Joe Lovano, Marcus Roberts, Makoto Ozone, Cassandra Wilson, and Jimmy Heath.

Raviv Markovitz still plays frequently with musicians he met in high school including Steven Fiefke. Markovitz taught through the Jazz at Lincoln Center’s “Jazz for Young People” program. His debut album, Pulse, was released in 2020.

Raviv Markovitz grew up outside of Boston. His father was pianist and Raviv grew up playing with him, initially starting on the piano and then switching to bass in 5th grade. While in high school he participated in numerous music programs including the Vail Jazz Workshop. Markovitz moved to New York to attend Columbia University where he studied political science / pre-med and also became active in the New York jazz scene. After graduating he remained in New York and focused on his music career.