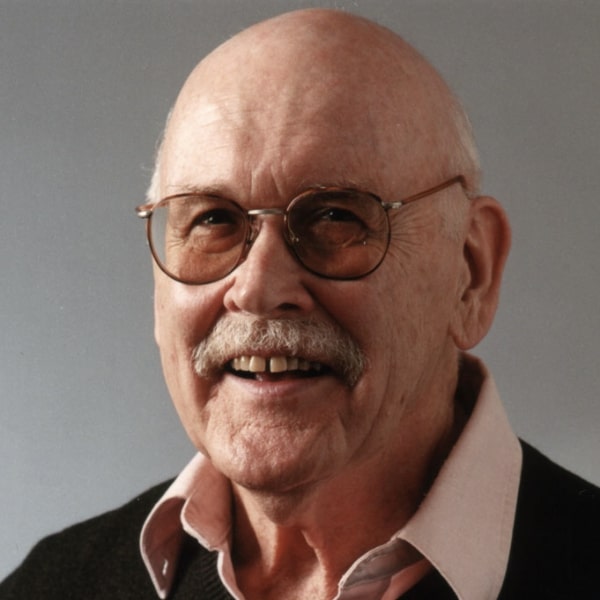 Jim Hall was a jazz guitarist, band leader, and composer known for his subtle playing. Hall began his career in Los Angeles in 1955 playing in Chico Hamilton's quintet and latter in Jimmy Giuffre's group. Around 1960 he moved to New York and began performing with some of the biggest names in jazz. He toured with Ella Fitzgerald, co-led a quartet with Art Farmer, performed with Lee Konitz and in Sonny Rollins' quartet. In the later 1960s and through the rest of his career Hall focused on his own projects including notable collaborations with Bill Evans and Pat Metheny. Jim Hall was also a talented composer writing mixed-genre compositions for jazz groups, string quartets and orchestral music, including the "Peace Movement" a concerto for guitar and orchestra. Jim Hall remained active in music until his death from heart failure in 2013.

Jim Hall was named an NEA Jazz Master in 2004. In 1992 Jim Hall was included in Guitar Player Magazine's list of 25 guitarists "who shook the world," along with Jimi Hendrix and Eddie Van Halen. In the mid-1960s Jim Hall played in the studio orchestra for The Merv Griffin Show.

Jim Hall was born in Buffalo, New York in 1960 but grew up in Cleveland, Ohio. He and his brother were raised by a single mother who, after noticing her son's interest music, bought him his first guitar, paid for in weekly installments, at the age of nine. By age 13 Hall was playing professionally. He attended the Cleveland Institute of Music where he studied music theory, completing an undergraduate degree in 1955. Hall began a masters program in composition, but left to move to Los Angeles to pursue a career as a guitarist.