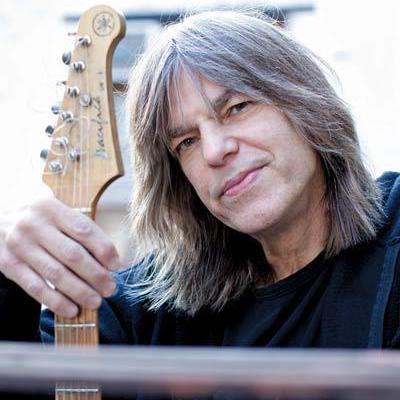 Mike Stern is a Grammy nominated, electric guitarist and composer who works in a variety of genres including jazz, fusion, rock and blues. After staring his career in 1976 with Blood, Sweat and Tears, Stern joined Billy Cobham's jazz fusion, and then, in 1981, was hired by Miles Davis. Stern toured and recorded with Davis for several years and then went on to tour with Jaco Pastorius and work as a side man for artists such as Bob Berg and Michael Brecker. Stern released his first album as leader in 1983 and would go on to release a string of albums that would top the jazz charts over the next decades. For his recordings Mike Stern regularly recruits a variety of well-known artists including Meshell Ndegeocello, Roy Hargrove, Steve Vai and Medeski, Martin & Wood.

In 2016 Mike Stern tripped over construction debris in the street broke both of his arms and sustained nerve damage to his right hand; after multiple surgeries he recovered and, in a nod to the accident, titled his 2017 album "Trip." In 2007 at the Festival International de Jazz de Montréal Mike Stern received the Miles Davis Award, which was created to recognize internationally acclaimed jazz artists whose body of work has contributed significantly to the renewal of the genre. Mike Stern's half sister is actor Kyra Sedgwick.

Mike Stern was born in Boston in 1953 but grew up in Washington D.C. He started playing guitar at age 12 and was inspired by musicians like Jimi Hendrix, Led Zeppelin, and blues players such as B.B. King and Albert King. Stern became interested in jazz during his late teens and enrolled at the Berklee School of Music in 1971 to further his knowledge of the subject. At Berklee he met and played with guitarists Pat Metheny, Bill Frisell, and John Scofield. A few years later, in 1976, Stern got his first professional gig playing with the group Blood, Sweat and Tears.