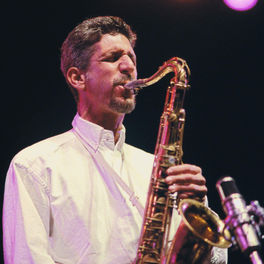 Bob Berg was a Grammy nominated tenor saxophonist known for his high energy playing and expressive improvising. Berg was a member of Horace Silver's band from 1973 -1976 and then played with Cedar Williams from 1976 - 1983, but came to prominence when he joined Miles Davis' group in 1984. Berg spent three years touring and recording with Miles and then released a series of solo albums. Throughout the 1990s and into the 2000s Berg performed frequently, he co-led a group with Mike Stern, played in Chick Corea's Quartet, played with Randy Brecker, John Locke and others. Bob Berg was killed in a car accident in 2002 at the age of 51.

Bob Berg served as a cultural ambassador for the US State Department, touring the Caribbean in 1992 and the former Soviet Union in 1994. Bob Berg's 1993 recording, “Back Roads” was nominated for a Grammy for best contemporary jazz performance. Bob Berg has stated that John Coltrane's "Chim Chim Cheree" is one of his favorite recordings.

Bob Berg was born in New York City in 1951. He began studying classical piano at age 6 and started playing the alto saxophone at age 13. During high school, inspired by John Coltrane, Berg switched to the tenor saxophone. He studied at the High School of Performing Arts in New York, and then attended the Juilliard School before leaving in 1969 to tour with Brother Jack McDuff.