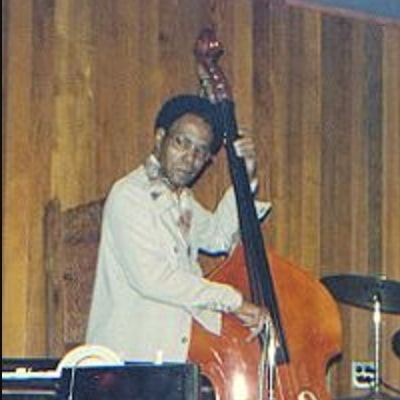 George Morrow was a jazz bassist best known for his work with the Clifford Brown-Max Roach Quintet. Morrow was not known as a soloist but was a valued accompanist. After starting his career in Los Angeles, Morrow moved to San Francisco in 1948 where he played with well-known artists including Dexter Gordon, Billie Holiday and Sonny Clark. He joined the Clifford Brown-Max Roach Quintet in 1954 and played with that group until the tragic death of Clifford Brown in 1956. He continued to play with Max Roach's brand and also worked with Sonny Rolliins and Anita O'Day. In 1976 he moved to Florida and joined the Disney World house band. George Morrow passed away in 1992.

According to Max Roach, George Morrow was hired into the Clifford Brown-Max Roach Quintet after rejecting 2 other bassists. George Morrow never led his own recording date.

George Morrow was born in Pasadena, California in 1925. He played the violin as a child, switched to the cello when he was 13 and started playing the bass in high school. He studied music at the Fine Arts Conservatory in Los Angeles and then served in the military from 1943 to 1946. Following his military service Morrow worked as a freelance musician around Los Angeles playing with visiting musicians including Charlie Parker, Sonny Criss, Teddy Edwards, and Hampton Hawes.