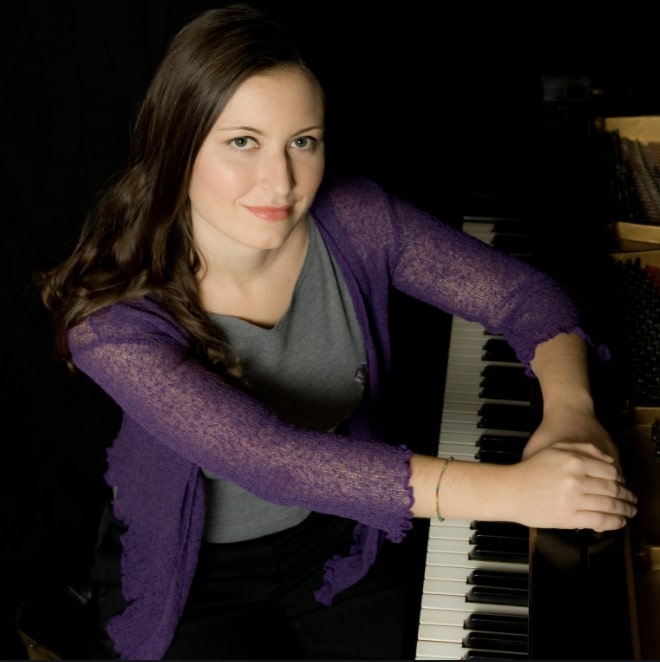 Carmen Staaf is a jazz pianist, composer and educator based in NYC. She is the pianist and musical director for Deedee Bridgewater and has played with jazz legends such as Herbie Hancock and Wayne Shorter. Staaf co-leads the group Science Fair, whose debut album was named to both the New York Times and Los Angeles Times lists of Best Jazz of 2018. She is also an active educator having held faculty positions at Berklee College of Music, the New School, Stanford Jazz Institute and the Swarnabhoomi Academy of Music (Chennai, India) among others.

Carmen Staaf was one of the youngest faculty members ever hired by Berklee College of Music. She was the winner of the 2009 Mary Lou Williams Piano Competition. Carmen Staaf also plays the accordion.

Carmen Staaf grew up in Seattle where she studied classical piano. She went on to earn degrees in Anthropology from Tufts University and Jazz Performance from the New England Conservatory of Music graduating in 2005. After spending some time touring and recording, Staaf headed to Los Angeles to study at the Thelonious Monk Institute of Jazz Performance.