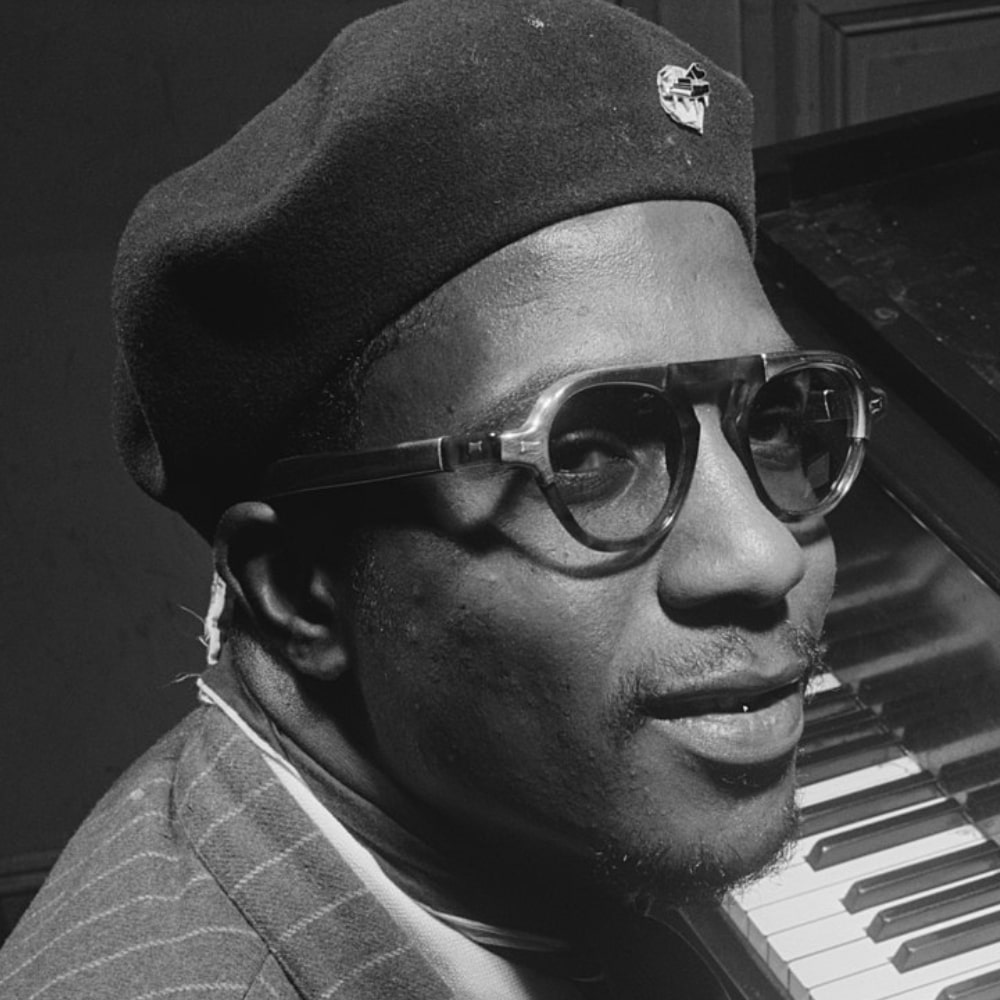 Thelonious Monk was an influential modern jazz pianist and composer of such well known tunes as "Round Midnight" and "Straight No Chaser." His unique style included unusual rhythms, sparse and dissonant harmonies as well as colorful hats. Monk began his career playing in the Minton's House band in 1941 and then, in 1944 became Coleman Hawkins' regular pianist, making several recordings with him. As Monk's distinctive style developed he struggled; Monk's Blue Note recordings from the 1940s and early 1950s were commercial failures although they are considered some of his greatest work today. However, by the late 1950s, after a well received album of standards and a long engagement with John Coltrane at the Five Spot Cafe, Monk's fortunes turned around. By the 1960s Monk was a critically acclaimed and top selling jazz artist. He toured frequently until his health began to fail in the 1970s and he died following a stroke and in 1982 at the age 64.

Thelonious Monk was awarded a special Pulitzer Prize in 2006 for his body of work that "had a significant and enduring impact on the evolution of jazz". The Thelonious Monk Institute was established in 1986 to promote jazz education. It is said that as a teen Monk won the amateur competitions at the Apollo Theater so often that he was banned from competing.

Thelonious Monk was born in North Carolina in 1917 and his family moved to New York when he was 5 years old. He began studying the piano soon after and studied with a classical teacher for several years. By his early teens Monk was playing for parties and at the local church. He was a good student and attended Stuyvesant High School, one of the city's top schools, but dropped out to pursue a musical career. Monk took a job playing piano for a traveling faith healer for two years before returning to New York where Kenny Clarke hired him as the house pianist at Minton’s Playhouse in Harlem in 1941.