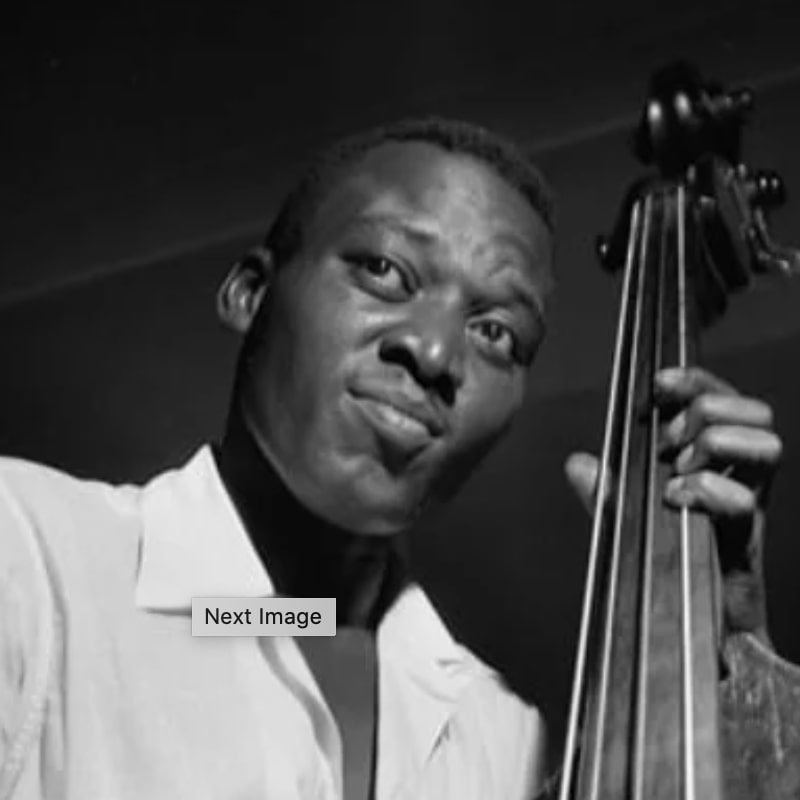 Wilbur Ware was a jazz bassist best known for his work in the Thelonious Monk Quartet from 1957-1958 and for his live recordings with the Sonny Rolllins Trio at the Village Vanguard. After beginning his career in Chicago, Ware moved to New York in 1956 where he played with artists including Art Blakey, Eddie Vinson and Buddy DeFranco. He worked as the house bassist for Riverside Records and made one recording for them as leader. Soon after he began working with Thelonious Monk and Ware's percussive style of playing seemed particularly suited to Monk's compositions. Ware struggled with drug addiction and poor health resulted in a period of inactivity through a large portion of the 1960s. In 1969 he returned to the jazz scene recording with Elvin Jones and Archie Shepp. Wilbur Ware passed away from emphysema in 1979 at the age of 56.

Wilbur Ware appeared in the 1958 photograph "A Great Day in Harlem." Some of Wilbur Ware's first instruments were made by his stepfather, a homemade violin and a bass viola. Wilbur Ware's only album as leader was titled "The Chicago Sound."

Wilbur Ware was born in 1923 in Chicago. He largely taught himself to play the banjo, drums and violin as a child and then picked up the bass as a teenager. After serving in WWII, Ware returned to Chicago and began his career as a musician. He played with Roy Eldridge, Sonny Stitt, Stuff Smith and Sun Ra. In 1956 Ware joined Art Blakey's band and moved to New York.