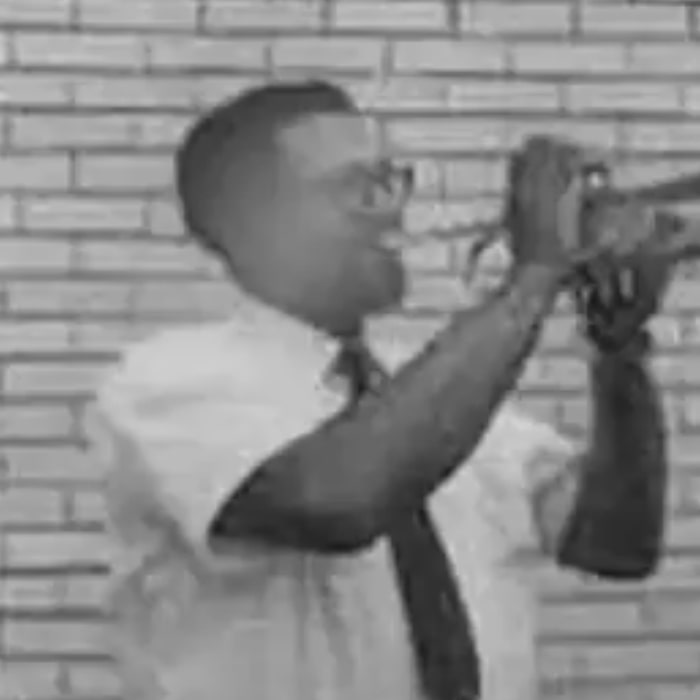 Ray Copeland was a jazz trumpet player and educator who worked with Thelonious Monk, Dizzy Gillespie, Lionel Hampton, Randy Weston and many others. Copeland began his career in New York in the 1940s playing in the big bands of Art Blakey and Mercer Ellington. In the 1950s he recorded several albums with Thelonious Monk and would later tour Europe with Monk in 1968. Throughout his career Copeland played swing, bop, on Broadway, and accompanied singers such as Ella Fitzgerald and Lena Horn. Copeland was also a dedicated educator, doing workshops and teaching classes. In 1979 he took a teaching position at Hampshire College where he taught jazz composition. Copeland passed away in 1984 at the age of 57 after a long illness.

Ray Copeland appears in the 1959 film "Kiss Her Goodbye." In 1974 Ray Copeland toured Europe as part of the revue "The Musical Life of Charlie Parker." Ray Copeland's composition, "Classical Jazz Suite in Six Movements," premiered at Lincoln Center in 1970.

Ray Copeland was born in Virginia in 1926 and grew up in Brooklyn, New York. He attended Boys High School where his classmates included pianist Randy Watson, drummer Max Roach, and saxophonist Cecil Payne. As a teenager, Copeland studied classical trumpet and played in local rock and pop bands. He would continue to play with Randy Watson throughout most of his career.