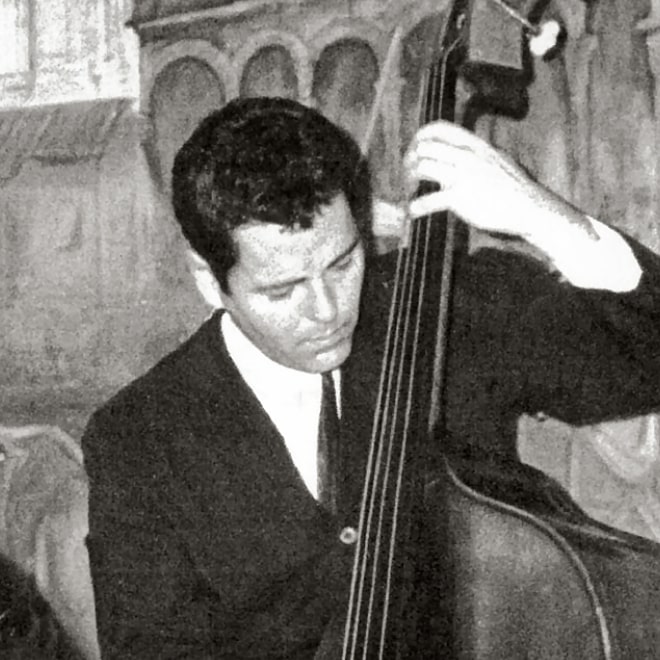 Fred Marshall was a bassist, artist and inventor who is best known for his work with the Vince Guaraldi Trio. Marshall started his career playing jazz in Kansas City in the 1950s and moved to San Francisco in the early 1960s. He worked as the house bassist for the Bop City Jazz Club and played with musicians such as Ben Webster, Joe Henderson, Dexter Gordon and Pharoah Sanders. He joined the Vince Guaraldi Trio in 1962. Marshall officially quit the band in 1964, but continued to work with Guaraldi and in 1965 recorded the soundtrack to "A Charlie Brown Christmas," which went on to become a Christmas classic. Marshall and former Guaraldi drummer Jerry Granelli formed the experimental jazz group Light Sound Dimension (LSD) in 1967. That group performed together for several decades. In the 1990s Marshall formed the Marshall Arts Trio, with his son Joshi on saxophone and Steve Rossi on drums. They played together until Marshall's death from hepatic cirrhosis in 2001 at the age of 63.

Fred Marshall invented the megatar, which combines an Indian sitar and a guitar. Fred Marshall collaborated with Zeta musical instrument company to design a portable bass that would fit in an airplane's overhead storage bin. Fred Marshall taught the art of sculpting and welding at various schools.

Fred Marshall was born in Memphis, Tennessee in 1938, and grew up in Little Rock, Arkansas. His mother was an artist and art professor. Marshall began playing the piano at age 5 and added drums and bass by the time he was in high school. As a teenager he began playing jazz in the mostly black clubs in Little Rock. After high school he studied at the Kansas Art Institute and became immersed in the Kansas City jazz scene where he played with Eddie “Cleanhead” Vinson’s band and artists such as Etta James and Dinah Washington.