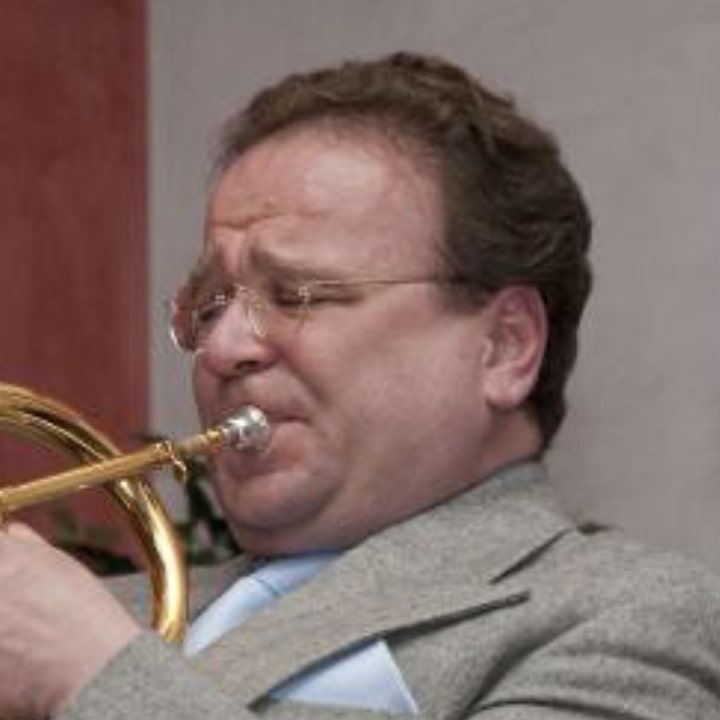 Juraj Bartoš is a Slovakian jazz and classical trumpet player. Since 1991 he has performed as a soloist withe Slovak Philharmonic. He is also an award winning jazz musician and plays frequently around Europe and in Prague's jazz clubs working with artists including Štepán Markovič, Emil Viklický, and Karel Ružička. Juraj Bartoš performs with and serves as the artistic director of the Bratislava Hot Serenaders orchestra which specializes in jazz music of the 1920s and 1930s.

Juraj Bartoš won the Czech Jazzovy Kája talent of the year award in 1993. Juraj Bartoš performed on flugelhorn with US President Bill Clinton at a Prague jazz club in 1994. Juraj Bartoš served as a university docent at the Academy of arts in Banska Bystrica.

Juraj Bartoš studied music at the Academy of Performing Arts in Bratislava in Slovakia. He began his career in the 1980s playing in the Bratislava Big Band.