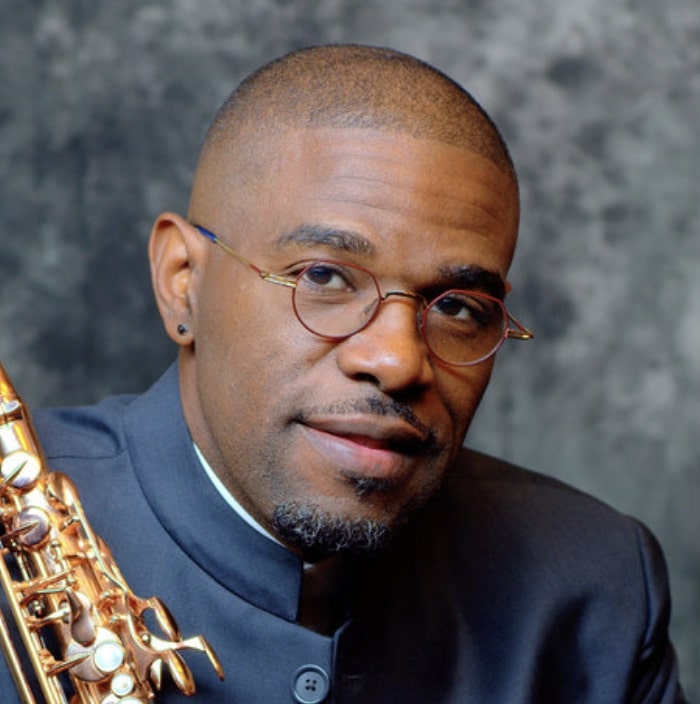 Antonio Hart is an alto saxophonist, composer and educator best known for his work with Roy Hargrove. The two appear on each other's albums and Hart toured with Hargrove from 1990 -1993. He went on to tour with Nat Adderley from 1993 - 1996. Hart has released eight albums as leader and appears on over 100 recordings including those by Terrence Blanchard, Gerald Wilson and Dave Holland. Antonio Hart currently leads the Queens Jazz Orchestra and is a full time professor of Jazz Studies at the Aaron Copland School of Music at Queens College in New York where he has been teaching since 2000.

Antonio Hart was nominated for the Best Jazz Instrumental Solo Grammy Award in 1997 for his album "Here I Stand." Antonio Hart likes to practice martial arts in his spare time. Antonio Hart considers Jimmy Heath, who he studied with in graduate school, one of his greatest mentors.

Antonio Hart was born in 1968 and grew up in Baltimore, Maryland. He fell in love with the saxophone at age 7 and started playing it soon after. When Hart was in 9th grade the music program at his high school was cut and he transferred to the newly formed Baltimore School for the Performing Arts. The school focussed primarily on classical music, but Hart felt himself drawn to jazz and improvisation. He began studying jazz at Berklee College of Music, and though his initial knowledge of the genre was limited, he was a dedicated student and learned quickly, While at Berklee, Hart met trumpeter Roy Hargrove. The two became good friends and Hart spent several years touring and recording with Hargrove in the mid 1990s. Hart also completed a masters degree in Jazz Composition from Queens College in 1992.