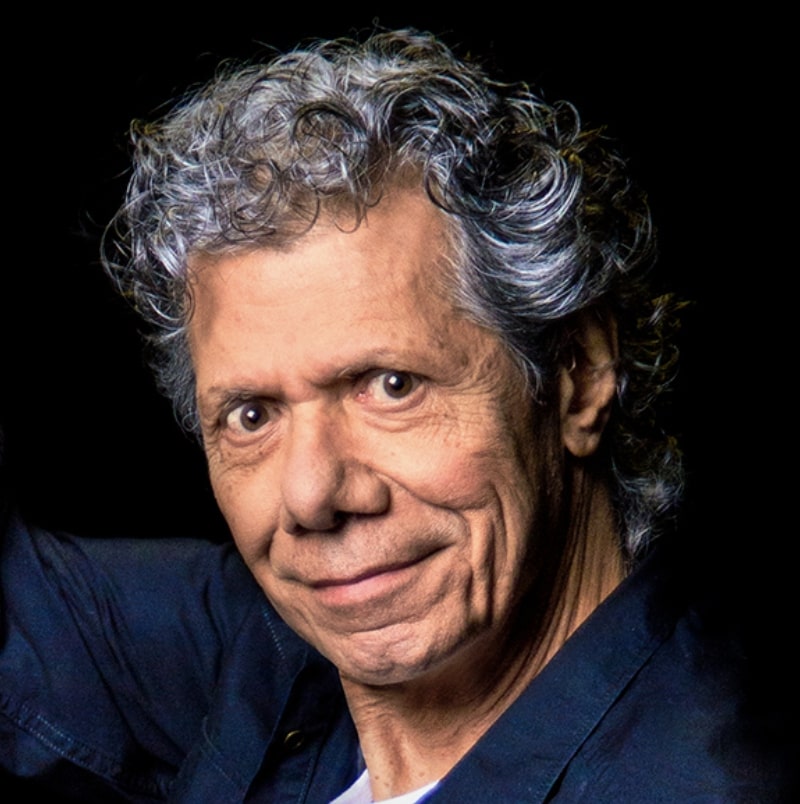 Chick Corea was a groundbreaking jazz keyboardist, bandleader and composer. Over his career he won 27 Grammys, 3 Latin Grammys, and had several Top 40 albums on the Billboard chart. Corea began his career in the jazz clubs of New York in the 1960s. He recorded two well received albums ("Tones for Joan's Bones" and "Now he Sings, Now he Sobs") before joining Miles Davis' group in 1968. Davis convinced Corea to play the electric piano on important albums like "Bitches Brew." After 2 years Corea left Davis and formed an acoustic group called Circle, and then, in 1971, the group he is most famous for, Return to Forever. That group combined fusion with Latin music and other global influences. For the next 50 years Corea continued to form groups, perform and record with a wide variety of artists including Christian McBride, Kenny Garrett, Gary Burton, Herbie Hancock, and Stanley Clarke. He recorded close to 90 albums as leader or co-leader. Corea was active until his death in 2021 from cancer at the age of 79.

Chick Corea's nickname was given to him by his aunt, who called him "Cheeky" as a young child; it was eventually shortened to "Chick." Chick Corea was named an NEA Jazz Master in 2006. For his 75th birthday Chick Corea performed for 6 weeks at Blue Note with a series of guest artists; these performances are included in the documentary film "The Musician."

Chick Corea was born Armando Anthony Corea in 1941 in Massachusetts. His father was a trumpeter who led a Dixieland band and ensured there was always jazz playing in the home. Corea began studying the piano at age 4 and added the drums at age 8. During high school he played in a drum and bugle corps and started playing jazz gigs. Following graduation Corea headed to New York City to study at Columbia and Juilliard, but left school to play in the clubs of New York. He started his career playing with Latin jazz percussionists Mongo Santamaria and Willie Bobo as well as in smaller jazz ensembles with Stan Getz and Herbie Mann.