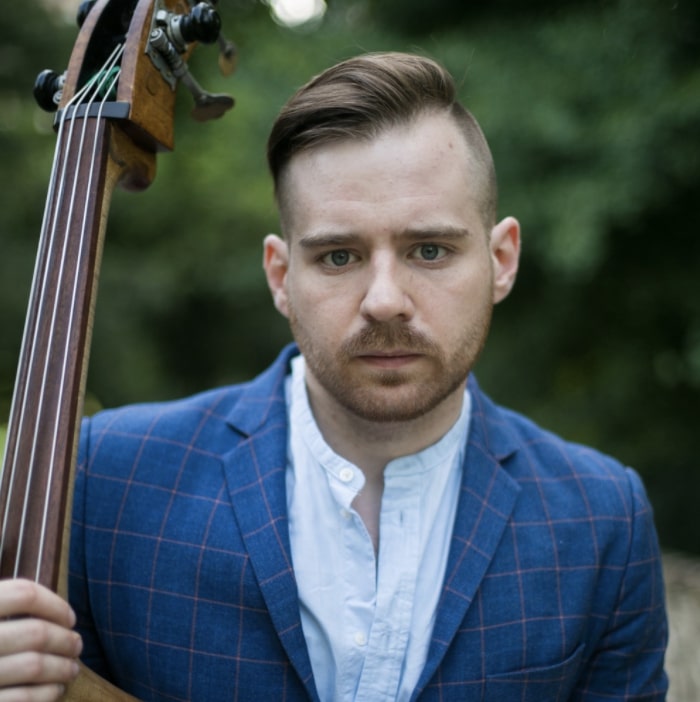 Alexander Claffy is a jazz bassist, composer and arranger based in New York. He has played with artists including Jimmy Cobb, Louis Hayes, Harold Mabern, Kurt Rosenwinkel, Christian Scott and Joey Alexander. In addition to an album of standards, he has released a series of genre-defying compositions with his band simply known as Claffy.

Alexander Claffy grew up outside of Philadelphia in a musical family. His father was a pianist and composer, his mother a vocalist and agent. As a child, Alexander played piano, trombone, sang and acted. He often accompanied his father to gigs in Philadelphia. In middle school Claffy picked up the electric bass when some friends needed a bass player for their band and as a teen he could frequently be found in jazz clubs around Philadelphia. In 2011 he earned a scholarship to the New School and moved to New York City.