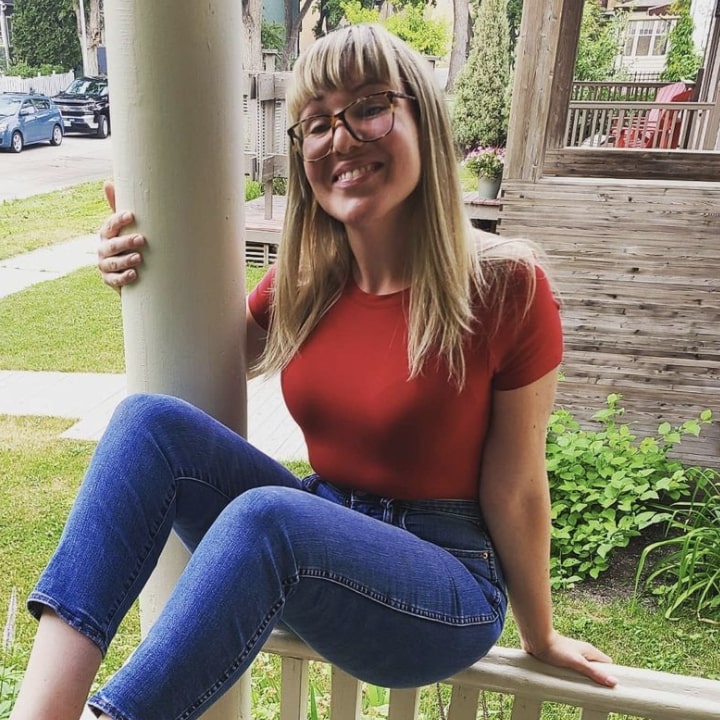 Joceyln Gould is a Toronto based jazz guitarist, vocalist and educator. Gould has performed with Freddy Cole, Etienne Charles, Michael Dease and Diego Rivera, among others. She released her first album as band leader, "Elegant Traveler," in 2020 and it was subsequently nominated for “Jazz Album of the Year” in the 2021 JUNO awards. In addition to performing, Gould is a professor and Head of Guitar Department at Humber College in Toronto.

Jocelyn Gould won first place in the 2018 Wilson Centre International Jazz Guitar competition. Gould was invited to play on Michael Dease's album after hearing her play at the Detroit Music Festival. Jocelyn Gould is one of the few women working in guitar higher education.

Jocelyn Gould was born on June 9 and grew up in Winnipeg, Canada in a family that loved singing and Gould picked up the guitar at age 13 in order to accompany her vocals. At age 18 her interest in jazz was sparked when she heard Wes Montgomery on the album "Smokin' at the Half Note" by Wynton Kelly Trio. Gould changed her major at the University of Manitoba from chemistry to jazz studies and went on to acquire a Master of Music in Jazz Studies degree from Michigan State University in 2018.

Electric Guitar solo - A Certain Someone - 2020

Electric Guitar solo - I Can't Give You Anything But Love - 2020