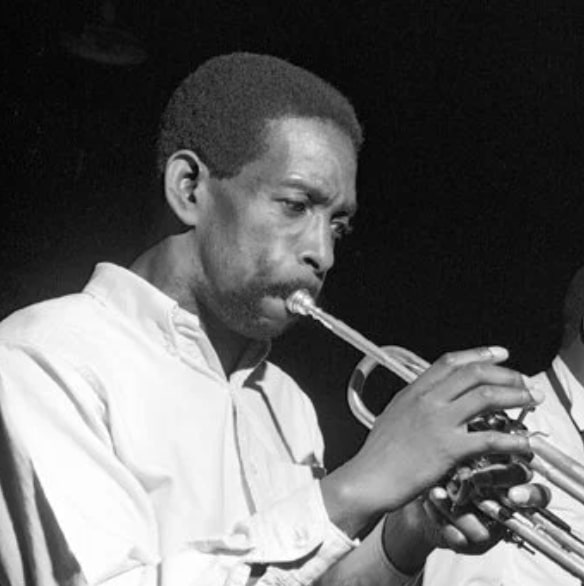 Consistently described as "underrated," Kenny Dorhman was a talented jazz trumpeter and composer. After moving to New York in his 20s, Dorham played in Dizzy Gillespie's and Billy Eckstine's orchestras before joining Charlie Parker's Quintet. He went on to be part of several noted groups including Art Blakey's Jazz Messengers and Max Roach's Quintet (following Clifford Brown's death). Dorham also led several of his own groups playing with musicians such as Joe Henderson, Kenny Burrell and Tommy Flanagan. In the late 1960s, and in failing health, Dorham began working as a jazz critic for Down Beat Magazine. He died in 1972 from kidney failure.

Kenny Dorham was born McKinley Howard Dorham in Fairfield, Texas in 1924. He began playing piano around age 7 and at age 15 he received his first trumpet, a present from his sister. He played trumpet in his high school band and briefly studied chemistry and physics at Wiley College before being drafted in to the army in 1942. Following his service, he took a gig in California playing in Russell Jacquet's big band before moving to New York where his career soon began to take off.