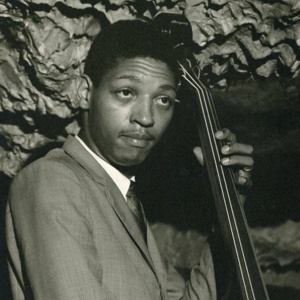 Butch Warren was a jazz bassist noted for his work as a sideman in the 1960s. He served as the house bassist for Blue Note records from 1961-1963 and appears on albums with Kenny Dorham, Sonny Clark, Herbie Hancock, Dexter Gordon and Hank Mobley among others. At age 23 he joined Thelonius Monk's quartet on tour for a year. Following the tour he returned to his hometown of Washington D.C. where he was diagnosed with schizophrenia. He struggled with mental illness and addiction illness for many years. In his later years Warren recorded two albums as leader. He died from lung cancer at the age of 74.

Butch Warren has cited Jimmy Blanton, a bassist who played with Duke Ellington, as one of his biggest inspirations. Although the bulk of his career lasted only 6 years, Butch Warren appears on over 35 albums. In 1967 Warren led the house band on "Today with Inga," a local morning talk show in Washington D.C.

Butch Warren was born in Washington D.C in 1939. His father was an electronics technician and part-time jazz musician who played piano and organ around D.C. The Warrens often hosted visiting jazz musicians who had trouble finding accommodations in the segregated city. In fact, Warren's first time playing the bass was at home when Duke Ellington's bassist, Billy Taylor, left his bass there. By age 14 Warren was playing the bass professionally with his father's group. When he was 19 he sat in with Kenny Dorham's band during a visit to D.C. Shortly after Dorham invited Warren to come to New York city.