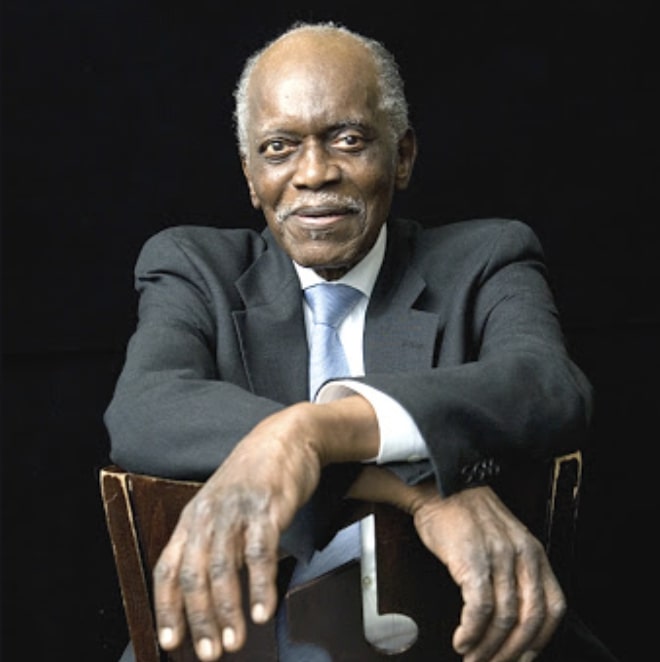 Hank Jones was versatile jazz pianist and composer. His long career included recording over 60 albums as leader as well as appearing on countless records as a sideman. The list of musicians Jones played with includes Coleman Hawkins, Billy Eckstine, Charlie Parker and Cannonball Adderly. He toured with Ella Fitzgerald, worked as a CBS studio musician backing guests on the Ed Sullivan show, and served as musical director for the Broadway show "Ain't Misbehavin'." In the 1970s he formed "The Great Jazz Trio" which would release dozens of records over 4 decades. Hank Jones was awarded a Grammy Lifetime Achievement Award, the NEA Jazz Masters Award, an ASCAP Jazz Living Legend Award and the National Medal of Arts. Jones worked up until his death in 2010 at the age of 91.

Hank Jones was the man on stage at the piano behind Marilyn Monroe as she sang “Happy Birthday Mr. President” to John F. Kennedy in 1962. Jones is known as one of the most skillful sight readers in jazz music. His quartet with Osie Johnson, Barry Galbraith, and Milt Hinton in New York during the early ’60s was so popular they sometimes played three gigs a day.

Henry Jones Jr., known as Hank, was born in Vicksburg, Mississippi in 1918 but grew up in Pontiac, Michigan. He was one of seven children in a musical family. His younger brothers Thad and Elvin would go on to become prominent jazz musicians as well, playing trumpet and drums, respectively. Hank began playing the piano as a child and by age 13 he was playing locally around Michigan and Ohio. In 1944 he met Lucky Thompson, who invited Jones to come to New York City to work with Hot Lips Page at the Onyx Club. Jones was soon playing with other New York musicians.