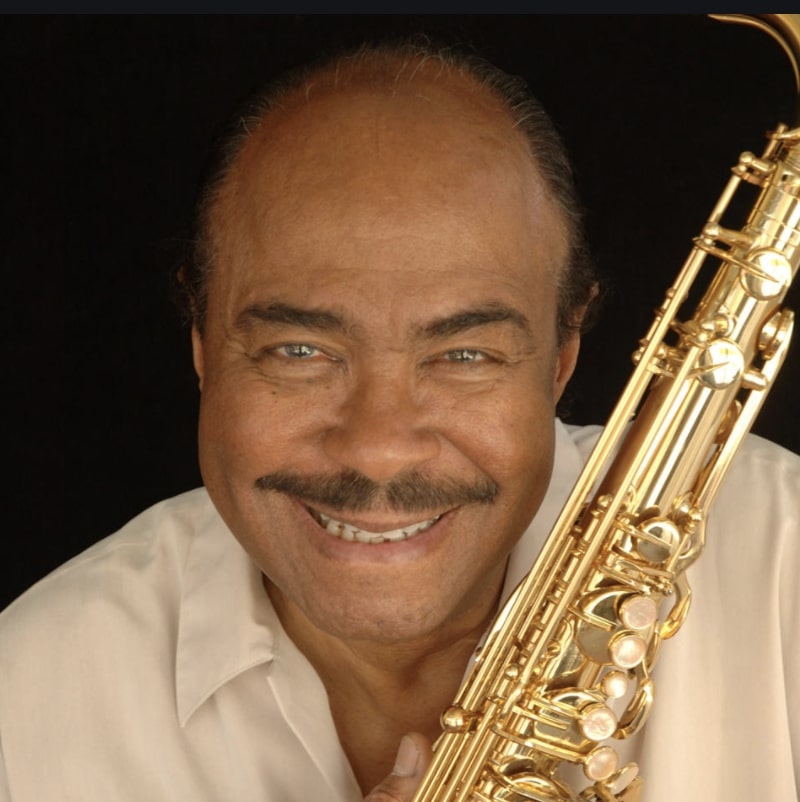 Benny Golson is a talented arranger/composer and tenor saxophonist. He began his career playing in Bull Moose Jackson's R&B band, followed by stints in the the big bands of Tad Dameron, Lionel Hampton and Dizzy Gillespie. He went on to play in Art Blakey's Jazz Messengers. During this time Golson gained acclaim for his compositions including "I remember Clifford" (written upon the death of trumpeter Clifford Brown), "Killer Joe", and "Along Came Betty." From 1959 to 1962 he co-led the "Jazztet" with Art Famer. Throughout the 1960s and 1970s Golson focussed on composing but returned to recording in the 1980s.

Benny Golson composed music for hit television shows including "M*A*S*H", "The Mod Squad," and "The Partridge Family." He made a cameo appearance in the 2004 movie "The Terminal" starring Tom Hanks. In 2009 Golson was inducted into the International Academy of Jazz Hall of Fame.

Benny Golson was born in Philadelphia in 1929. He began playing piano at age 9 and dreamed of being a concert pianist, but after attending a Lionel Hampton concert he switched his focus to jazz and the tenor saxophone. During high school in Philadelphia Golson played with other rising jazz musicians including John Coltrane. He went on to study music at Howard University, graduating in 1950.