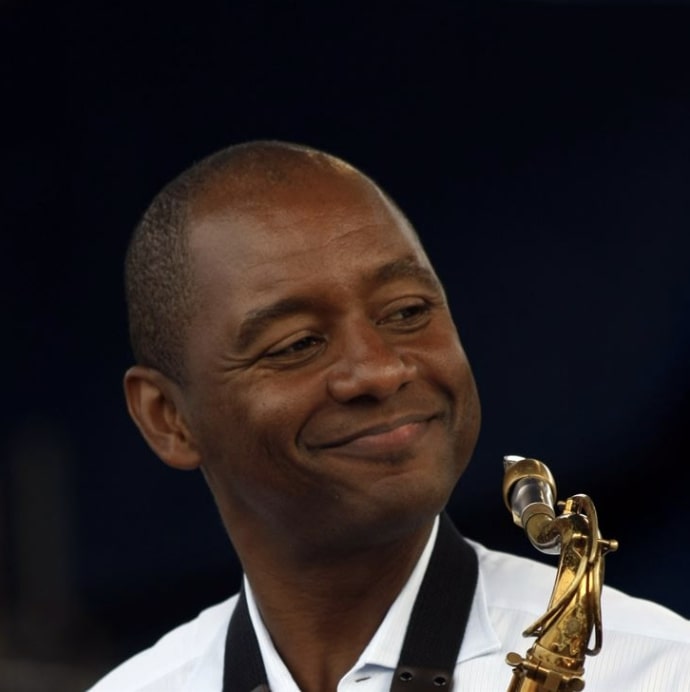 Branford Marsalis is a grammy-award winning saxophonist, composer and bandleader. His is best known for leading his jazz group, The Branford Marsalis Quartet, but has performed across multiple genres including classical, rock, hip-hop and funk. He has released over 30 albums as leader as well as recording with a wide variety of artists including Art Blakey, Sting, Harry Connick Jr., the Grateful Dead and, his brother, trumpeter Wynton Marsalis. Branford Marsalis led the band for the Tonight Show with Jay Leno for 3 years. He has teaching relationships with several universities and has received multiple awards including being named a NEA Jazz Master.

Branford Marsalis is included in a group of 1980s neo-bop jazz musicians known as the Young Lions. Marsalis appears in the Spike Lee Film, "School Daze" and went on to provide music for several of Lee's movies. With his friend Harry Connick Jr., Marsalis created the Musicians Village in New Orleans to provide a community for musicians and others who lost their homes to Hurricane Katrina.

Branford Marsalis was born in 1960, the oldest of the 4 Marsalis brothers, and grew up in New Orleans. His father is well-known jazz pianist and professor Ellis Marsalis. His mother, Dolores, was a jazz singer and teacher. Marsalis learned to play the piano at age 4 and played the clarinet before switching to the saxophone at age 15. He studied music at Southern University but later transferred to the Berklee College of Music. In 1980 he left Berklee to tour with Art Blakey. Soon he was playing with other well known artists including Clark Terry, Lionel Hampton, Miles Davis, and Dizzy Gillespie.