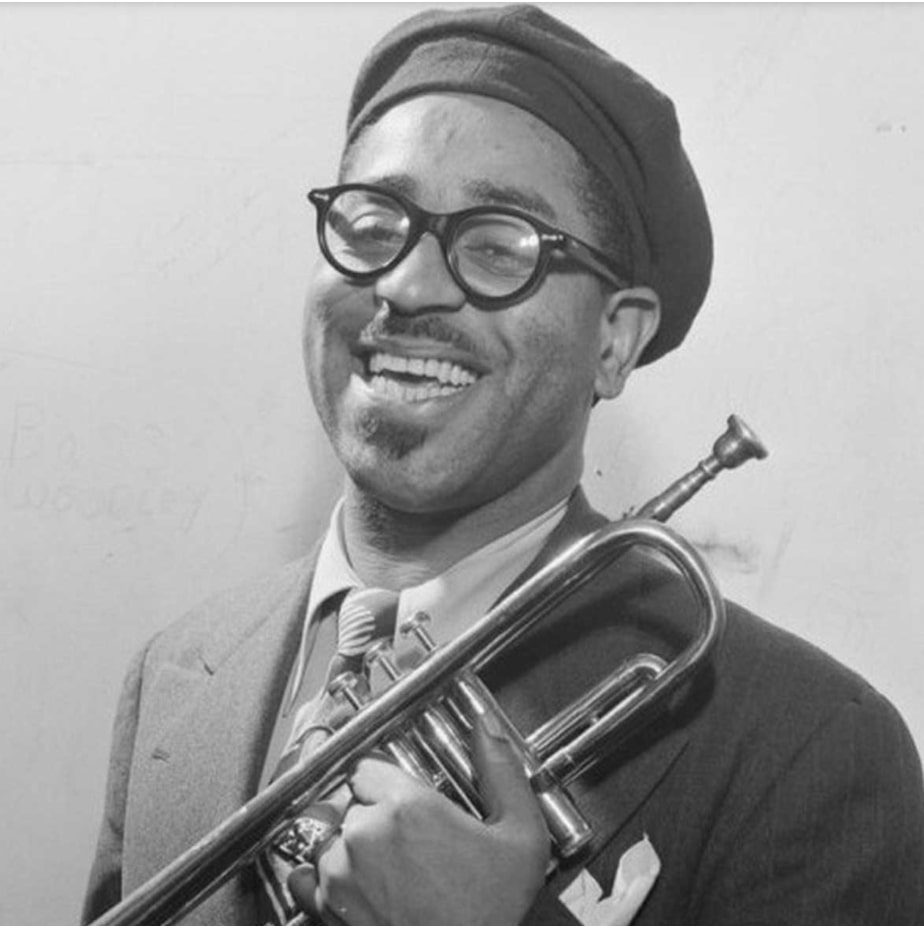 Dizzy Gillespie, with his puffed out cheeks, is one of the most recognizable and influential musicians in jazz. He was a trumpeter, bandleader, composer and vocalist and is credited with being one of the inventors of Bepob. Gillespie played with jazz greats including Charlie Parker, Ella Fitzgerald, Duke Ellington and Coleman Hawkins. He composed well known tunes such as "A Night in Tunisia" and "Groovin High." Gillespie continued to innovate throughout his career and was a key figure in the development of Afro-Cuban Jazz in the late 1940s. His contributions to jazz and American music are widely acknowledged and he was honored with a Lifetime Grammy Achievement Award and received the Kennedy Center Honors award. Gillespie died of pancreatic cancer at the age of 75.

In 1953 a dancer fell on Dizzy Gillespie's trumpet, angling the bell, but he liked it so much he continued to play specially made trumpets with angled bells. Dizzy Gillespie was the first jazz artist the US government sent abroad to spread American goodwill. In 1964 Dizzy Gillespie ran as a write-in candidate for President of the United States; he promised to rename the "White House" the "Blues House" if elected.

Dizzy Gillespie was born John Birks Gillespie in 1917, the youngest of 9 children. His father was a bricklayer and amateur bandleader so Dizzy grew up surrounded by instruments. He began playing the piano at age 4 and taught himself trombone and trumpet at age 12. Gillespie earned a music scholarship to the Laurinburg Institute which he attended for 2 years before moving with this family to Philadelphia in 1935. He quickly found work with several local big bands and orchestras.