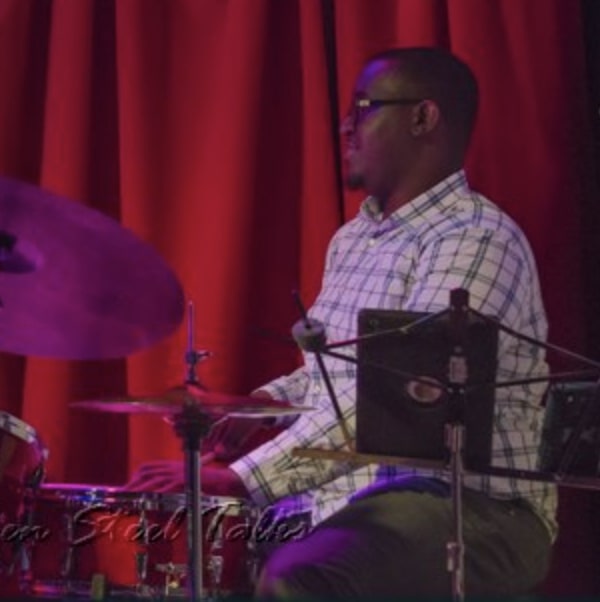 Michael Piolet is a drummer based in New York. He studied music at the University of Miami where he was an inaugural member of the award winning Stamps Jazz Quintet. He played with local artists in South Florida as well as making frequent trips back to his hometown of Chicago to perform. In 2018 he joined the touring company of Hamilton and moved to New York City.

While in high school, as a member of the Theolonius Monk Sextet, Piolet played with Antonio Hart at the Kodak Theatre in Hollywood.In 2011 the Stamps Jazz Quintet, with Piolet as drummer, was chosen as the “Jazz Group” winner in DownBeat magazine’s 34th Annual Student Music Awards.Piolet has performed frequently with the well known steel pan virtuoso Leon Foster Thomas.

Michael Piolet grew up in Chicago. As a high school student he participated in the Thelonius Monk after school program where he worked with legends such as Herbie Hancock and Bobby Watkins. He went on to major in Studio Music and Jazz Instrumental Performance at the University of Miami Frost School of Music.