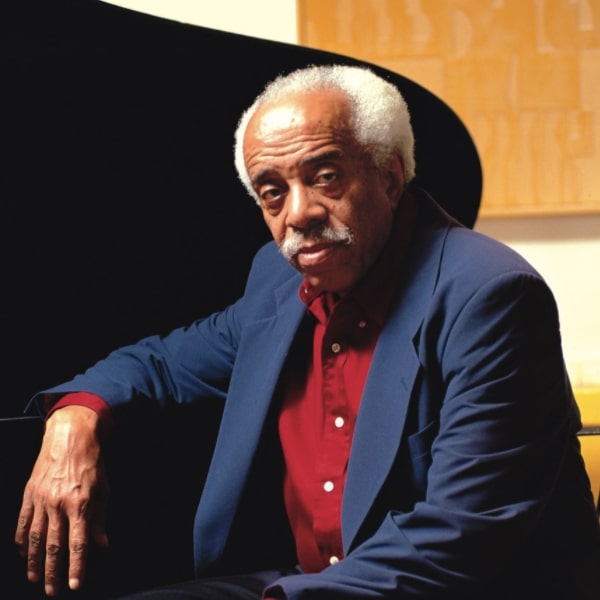 Barry Harris is an award winning jazz pianist, composer, and educator and considered to be a master of the bebop style. Harris began his career in Detroit, moved to New York in 1960 and was soon playing with artists including Dexter Gordon, Yusef Lateef, Hank Mobley, and Coleman Hawkins in addition to leading his own trio. In 1982 Harris founded Manhattan’s Jazz Cultural Theatre, a performance venue featuring jazz musicians, jam sessions, and music classes. Following the closure of the theatre in 1987, Harris resumed touring and recording but continued to focus on jazz education. He is a frequent guest lecturer at universities across the globe and hosts a weekly jazz workshop in New York.

Barry Harris has received multiple honorary Ph.D.s, from institutions including Northwestern University and the Manhattan School of Music. In the 1970s Barry Harris roomed with Thelonius Monk at jazz patron Pannonica de Koenigswarter's house and continues to live in that house to this day. Barry Harris was profiled in the 2000 film "Barry Harris - Spirit of Bebop."

Barry Harris was born in Detroit in 1929. His mother, a church pianist, began teaching him piano at age 4. He was part of the group of jazz musicians that grew up in Detroit through the 1930s and 1940s. As a teen Harris began playing local dances and clubs as well as teaching lessons out of his mother's house. By the 1953 he was the house pianist at the Bluebird Lounge where he backed visiting musicians including Sonny Stitt, Miles Davis and Thad Jones. In 1960 Harris followed other Detroit musicians, such as Donald Byrd and Tommy Flanagan, to New York City where he soon found work.