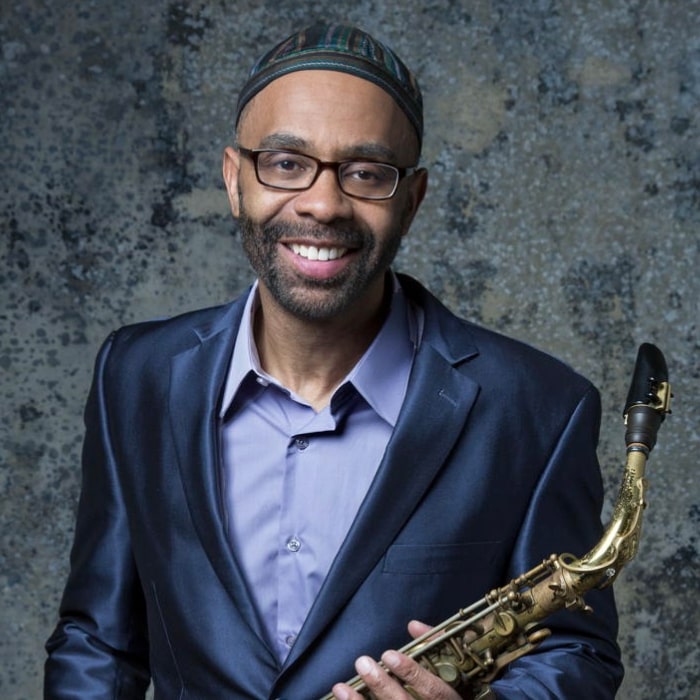 Kenny Garrett is a Grammy-nominated saxophonist and composer. He first emerged on the jazz scene in 1978 when he joined the Duke Ellington Orchestra (led by Mercer Ellington) at the age of 17. He went on to play with legendary jazz artists including Miles Davis, Art Blakey and The Jazz Messengers, Donald Byrd and Freddie Hubbard. Garrett also has a successful solo career, starting with the album "Introducing Kenny Garrett" in 1984 and going on to release over 16 albums as leader. Garrett consistently ranks at the top of DownBeat Readers polls. Additionally, Garrett is a member of the Grammy-winning Five Peace Band, which includes John McLaughlin, Chick Corea, Christian McBride, and drummers Vinnie Colaiuta and Brian Blade.

Kenny Garrett was born in Detroit in 1960 and his upbringing was full of music. His biological father was a singer and church deacon while his step father was an amateur saxophonist and jazz enthusiast. Garrett began playing the saxophone at age 8 and by high school was playing locally in Detroit with artists such as Mercer Ellington and Lyman Woodard. Garrett won a full scholarship to the Berkelee College of Music, but turned it down when Mercer Ellington invited him to join the Duke Ellington Orchestra. He remained with the orchestra for 3 years and then moved to New York City in 1982.