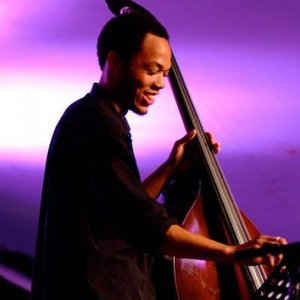 Eric Wheeler is a jazz bassist living in Brooklyn, New York. He records and tours frequently and has played with notable jazz artists including the Dee Dee Bridgewater band, the Theo Croker quartet, and the Cyrus Chestnut Trio. Eric Wheeler is also an adjunct professor of double and electric bass at VCU.

Eric Wheeler was a member of Seal's band and toured the U.S. Wheeler has been a part of the Jazz for Young People Program founded by Wynton Marsalis since 2012. Eric Wheeler is planning to release his debut album in 2021.

Eric Wheeler was born and raised in Washington, DC. He began playing classical music at age 9 as part of the DC Youth Orchestra Program. He attended the Duke Ellington School for the Arts where he started studying jazz music. During high school he was also a member of the National Symphony Youth Fellowship Program. Wheeler was accepted into the Jazz Studies Program at Howard University where he earned bachelor and masters degrees in Jazz Performance. While at Howard he worked professionally as a jazz and classical musician.