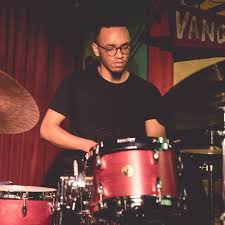 Jeremy Dutton is a jazz drummer and composer based in New York City. Although young, he is already gaining recognition in the NY jazz scene. He plays regularly with the with the Vijay Iyer Sextet and has also performed with Joel Ross, Ambrose Akinmusire, Gerald Clayton, Stefon Harris and many others.

Jeremy Dutton is just one of many well-known drummers who attended Houston's performing arts high school, other alumni include Sebastian Whitaker, Eric Harland and Kendrick Scott.

Jeremy Dutton was born and raised in Houston Texas and began his musical training early. He got his first drum set at age two. At age 10 he participated in Houston's Summer Jazz Workshop and went on to attend Houston's High School for the Performing and Visual Arts. After graduating he studied at the New School in New York, releasing his first album while still a student.