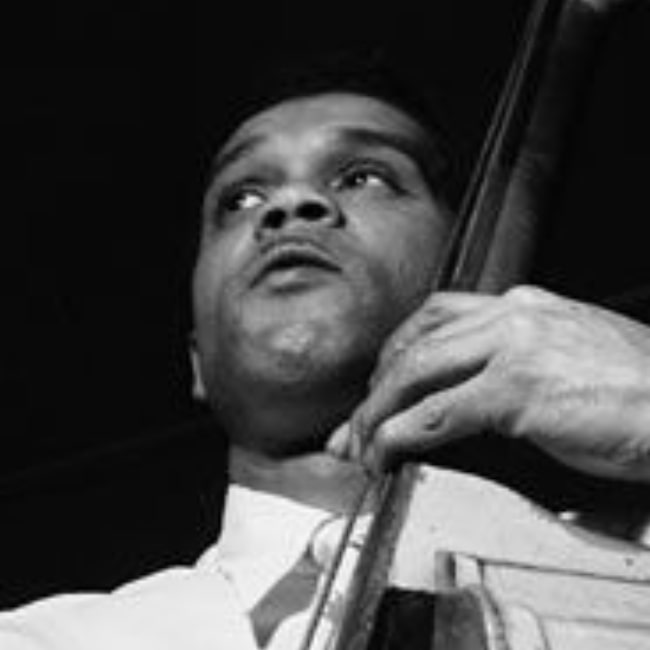 Curly Russell was an important bassist of the bebop era. Known for his ability to play at fast tempos, he was a sought after side man. After starting his career in Benny Carter's Big Band in the early 1940s, Russell went on to join Dizzy Gillespie's group in 1945. Over the next 10 years Russell performed and recorded with with top jazz artists including Charlie Parker, Tad Dameron, Bud Powell, Dexter Gordon, Horace Silver, Miles Davis and many others. In the late 1950s Russell began to play in the R&B style and stopped being a presence in the jazz scene. By 1966 he had basically stopped performing likely due to health reasons. Curly Russell died from emphysema in 1986 at the age of 69.

Curly Russell was the house bassist at the Birdland club during the 1950s. The jazz standard "Donna Lee" is said to be named after Curly Russell's daughter. Curly Russell played with Benny Carter on the soundtrack of the 1943 film "Stormy Weather."

Dillon "Curly" Russell was born in Trinidad in 1917 and grew up in New York City. After briefly playing trombone, Russell switched to the bass which he learned to play in the Civilian Conservation Corps, a depression-era government sponsored work program. Russell began playing professionally in the early 1940s, first in Don Redman's Orchestra and later in Benny Carter's Big Band.