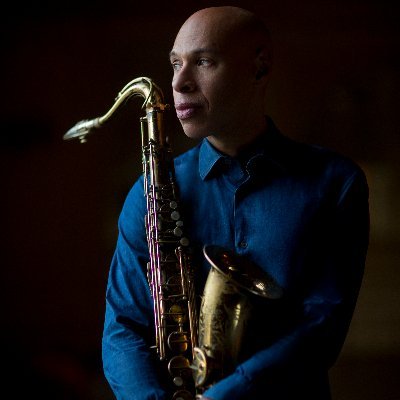 Joshua Redman is one of the most acclaimed saxophonists to come out of the 1990s. He has recorded over 20 albums as a bandleader and recieved multiple Grammy nominations. His first quartet, founded in 1994, included jazz giants Brad Mehldau, Christian McBride, and Brian Blade. Redman went on to lead multiple groups and collaborate with musicians as varied as Pat Metheny, Herbie Hancock, the Rolling Stones and Yo-Yo Ma.

Joshua Redman's first self-titled album was nominated for a Grammy in 1994. Redman served as Artistic Director for SFJAZZ and helped to created the SFJAZZ Collective which focuses on new compositions. Joshua Redman wrote and performed the music for Louis Malle’s final film Vanya on 42nd Street.

Joshua Redman was born and raised in Berekley, CA. His father was a jazz saxophonist and his mother was a dancer. Growing up Redman was exposed to various types of music and instruments, settling on the tenor saxophone at age 10. He played in his high school jazz band, but chose to major in Social Studies at Harvard University where he graduated summa cum laude. After graduating he deferred his Yale Law School acceptance for a year to spend time in New York where he quickly became immersed in the jazz scene. Five months later Redman won the Thelonious Monk International Jazz Saxophone Competition and decided to focus on music as a career.