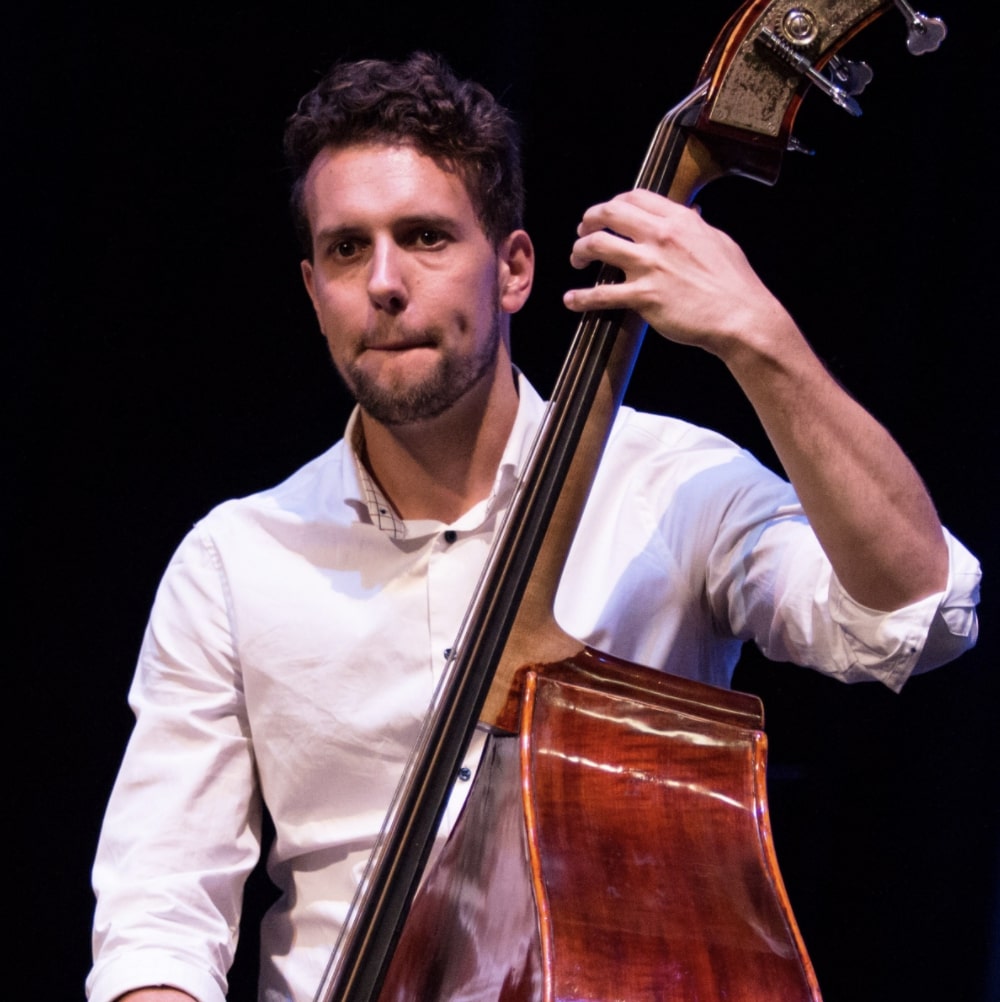 Alex Boneham is a versatile and in-demand jazz bassist. He has worked with a wide array of artists including James Morrison, Walter Smith III, and Sara Gazarek. He also co-led the ARIA nominated world-jazz roots group, The Vampires. Boneham appears on more than 30 studio albums and is currently based in Los Angeles.

Alex Boneham was featured on Sarah McKenzie’s 2012 ARIA award winning album “Close Your Eyes.” During his two-year stint with the Monk Institute, Boneham performed at the White House for the International Jazz Day celebrations. He has served as a teaching artist / clinician for the LA-based Symphonic Jazz Orchestra, an organization which brings music to students in South-Central Los Angeles.

Alex Boneham was born and raised in Sydney, Australia. He graduated from the Sydney Conservatorium with a degree in Jazz Performance in 2009. After graduating he spent several years playing and recording throughout Australia. Boneham was named the Bell Awards Young Jazz Musician of the Year in 2012. In 2014 he moved to Los Angeles to study at the Thelonius Monk Institute.