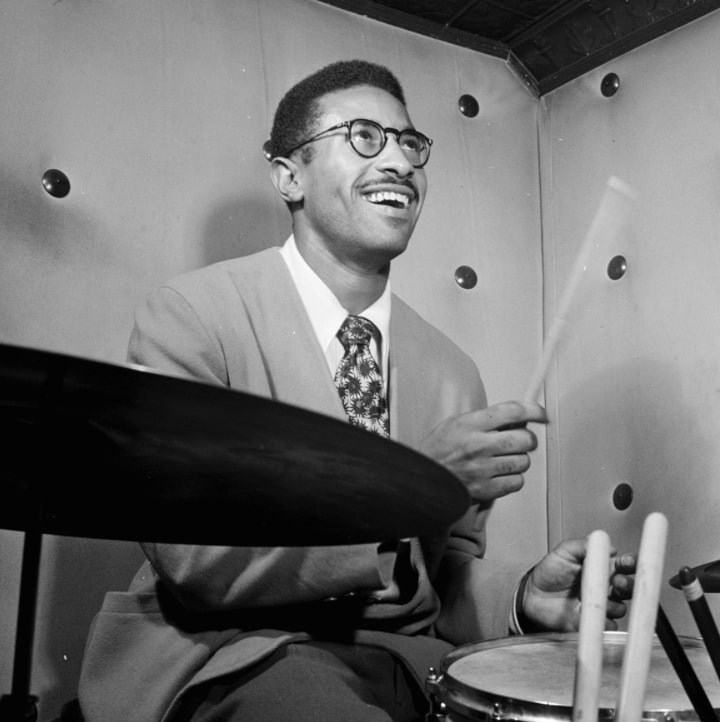 Considered one of the founders of modern jazz, Max Roach was an innovative drummer and composer. Over his 60 year career he was known for his melodic drumming, fast tempos and adventurous spirit. Roach played with Charlie Parker and Dizzy Gillespie, giving rise to bebop, participated in Miles Davis' Birth of Cool sessions, co-led a quintet with Clifford Brown, and recorded over 50 albums with his own groups. As he aged Roach continued to innovate experimenting with avant-garde music, collaborating with rappers, and composing for plays and dance pieces. He also taught jazz at the University of Massachusetts at Amhearst from 1972 through the mid-1990s. He died in New York at the age of 83.

After being told that his technique was incorrect Max Roach chose to study composition at the Manhattan School of Music instead of percussion. He was among the first to use jazz to address racial and political issues, composing “We Insist! Freedom Now Suite” with Oscar Brown Jr. in 1960. Max Roach received a MacArthur grant in 1988, the first jazz musician to do so.

Max Roach was born in North Carolina and moved to New York City at age 4. His mother was a gospel singer and Roach played in gospel bands as a child. He began studying the piano at age 8 and moved on to the drums a few years later. Largely self-taught, by his late teens he was playing with greats such as Duke Ellington and Charlie Parker.