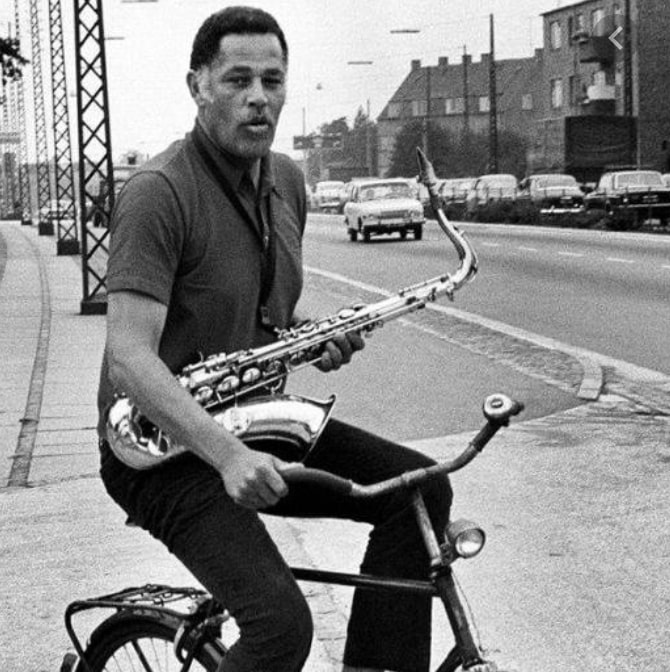 Dexter Gordon was one of the top tenor saxophonists of the bebop era. He was known for his large sound, use of varied musical quotes and his genial stage presence. Throughout the 1940s Gordon played with major bebop figures including Charlie Parker and Dizzy Gillespie. During the 1950s he was sidelined by drugs and jail time but by the 60s he recovered and recorded a series of acclaimed albums for Blue Note. He moved to Europe in 1962 where he would live and work for 14 years before a celebrated return to the US in 1976. In 1986 Gordon starred in the movie "Round Midnight" earning a Best Actor Oscar nomination. His health declined throughout the 1980s and he died in 1990 at the age of 67.

Dexter Gordon was 6 feet 6 inches tall, earning him the moniker "Sophisticated Giant." The US Government honored him with a Congressional Commendation, a Dexter Gordon Day in Washington DC, and a National Endowment for the Arts award for Lifetime Achievement. Dexter Gordon was godfather to Metallica drummer Lars Ulrich.

Dexter Gordon was born in Los Angeles in 1923. His father was one of the first prominent African American doctors and counted Duke Ellington and Lionel Hampton among his patients. Gordon began playing the clarinet at age 13 and switched to the saxophone at 15. While in school he played with local Los Angeles musicians including Buddy Collette and then joined Lionel Hampton's band in 1940. Gordon left Hampton's band in 1943 and worked with musicians including Fletcher Henderson and Louis Armstrong, before moving to New York in 1944.