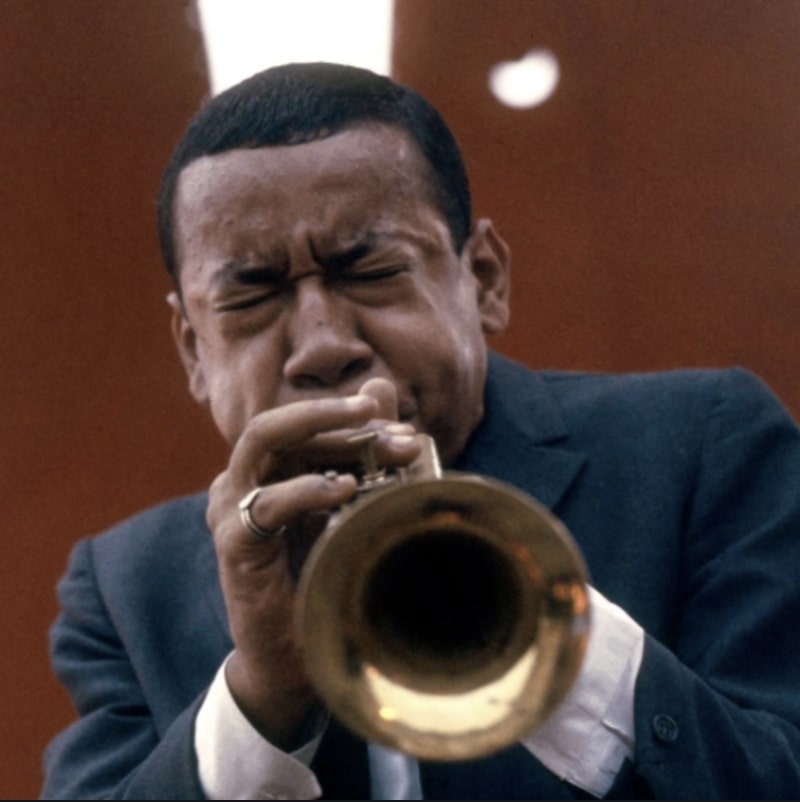 Lee Morgan was a prolific jazz trumpeter, composer, and one of the leading hard bop musicians of the 1960s. While in his teens Lee Morgan became a sought after trumpeter, recording with John Coltrane and joining Dizzy Gillespie's big band. He went on to join Art Blakey's Jazz Messengers and later record over 30 albums as leader. His song, "The Sidewinder" became a cross-over pop hit in 1964. Morgan's life was tragically cut short at the age of 33 when he was shot and killed by his common law wife.

In addition to the trumpet, growing up Lee Morgan also expressed interest in the vibraphone and the saxophone. Morgan's song, "The Sidewinder" was used in a Chrysler television commercial during the World Series without his permission; the issue was resolved when he threatened to sue. In the early 1970's Morgan became a leader of the the Jazz and People's Movement and campaigned for black musicians' rights.

Lee Morgan was born in Philadelphia in 1938, the youngest of 4 children. His sister gave him a trumpet at age 13 and Morgan quickly mastered it. He took private lessons and participated in workshops with jazz greats such as Miles Davis and Clifford Brown. By age 15 Morgan was playing professionally, co-leading a group with bassist Spanky DeBrest. Shortly after graduating high school in 1956 he joined Dizzy Gillespie's big band where he was often featured on tunes such as "A Night in Tunisia." That same year Morgan cut his first session for Blue Note Records.