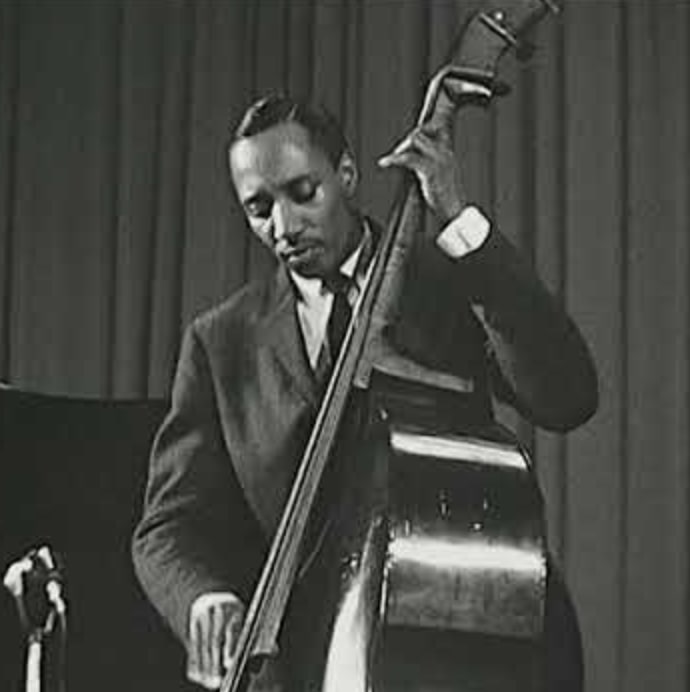 Jymie Merritt was a jazz bassist and composer best known for his work in Art Blakey's Jazz Messengers. Merritt had a long tenure with the Messengers, playing with them from 1958 - 1962. He also served as a side man for musicians including B.B, King, Chet Baker, Max Roach, and Lee Morgan. Although never officially recorded, Merritt led a Philadelphia based band called the Forerunners mentoring younger musicians and honing many of his compositions. Jymie Merritt died in 2020 at the age of 93 from liver cancer.

Jymie Merritt was one of the early adopters of the electric bass, he bought a Fender electric bass in 1951 shortly after it went into production. Jymie Merritt is known for his adventurous compositions, including "Nommo", a tune in 7/4 recorded by Max Roach. Jymie Merritt had 5 children, many of whom are working musicians.

Jame Raleigh Merritt (Jymie) was born in Philadelphia in 1926. His father was in real estate and his mother was a music teacher. Merritt played the tenor saxophone as a teenager but due to sinus problems switched to the bass during his twenties. He studied classical music at the Ornstein School of Music in Philadelphia but was always drawn to jazz. In the late 1940s Merritt began holding jam sessions with other Philadelphia based musicians including the Heath brothers, John Coltrane and Benny Golson. In 1949 Merritt joined Bull Moose Jackson's band and remained with him until 1953.